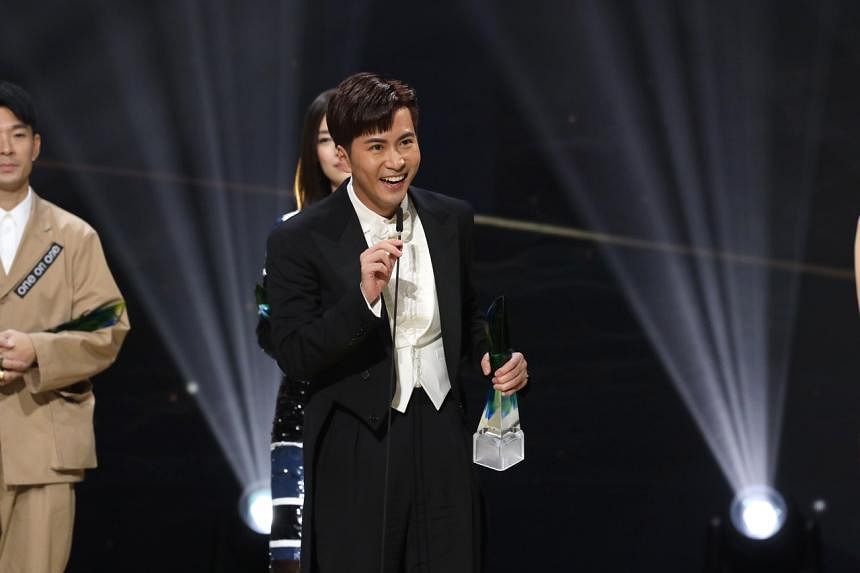 Not only did he sweep three prizes at the Star Awards on Sunday (April 24), he also picked up an international acting award on Wednesday (April 27).

He won a silver award in the Best Performance by an Actor category at the New York Festivals TV & Film Awards for his portrayal of a 32-year-old loser in time-travel series My Mini-Me And Me (2021).

At the Star Awards, the 33-year-old was one of the Top 10 Most Popular Male Artistes and also took home awards for The Male Show Stealer and Favourite CP with his co-star Chantalle Ng from My Star Bride.

Both Xu and Ng, who played a couple, missed out on the acting awards for their roles in the series about a Vietnamese woman in a sham marriage to a handicapped lawyer, which was a massive hit in 2021. However, he was still grateful to his fans who voted for him this year in the popularity award, which he had won in 2014, 2015 and 2016.

On the night of the Star Awards, he said to entertainment portal 8days.sg: “In the past, I may have thought that getting into the Top 10 was not that big of a deal. But after not getting in during (the past six years), I then realised that it’s actually not easy. I’m very grateful, especially to My Star Bride – the role really helped me.”

On Friday (April 29), he will treat 150 lucky fans, as well as the cast and crew he worked with, to a thank-you dinner at the Grand Copthorne Waterfront Hotel.

However, Ng, 26, has to miss the celebration due to work, so fans of the reel-life couple will sadly not be able to see them reunited.