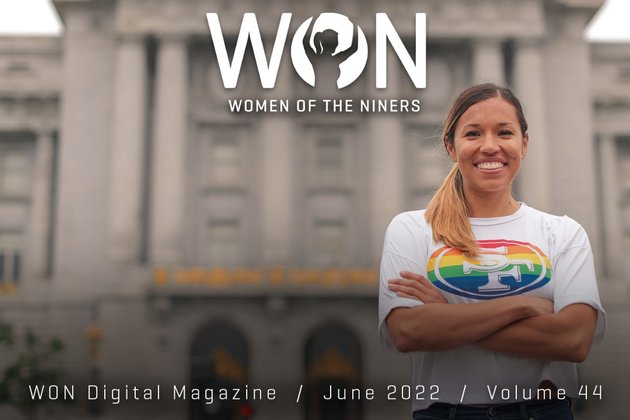 His first name is pronounced juh-WAHN.

Jennings followed in the footsteps of his father, Bennie, who was a four-year letterman on the University of North Alabama’s football team from 1987-90. The First-Team All-American registered 29 catches for 456 yards and four touchdowns as a senior. His athletic prowess earned him a spot in UNA’s Hall of Fame for football.

When a deadly tornado hit Tennessee in March of 2020, Jennings turned his scheduled autograph session into a donation drop off benefitting those affected by the tornado. “Just to be able to go down there and help,” said Jennings, “It means a lot because this is a place that helped build who I am today. I had just gotten to Knoxville from the Combine and to wake up and see that call about the tornado and see the devastation that’s happened, it broke my heart.” In addition to signing autographs and talking to young fans, Jennings organized donations to go toward the community. “A lot of people are contacting me and they’re like, ‘What can we do?'” Jennings said. “And I’m like, ‘Just bring donations. I’ll take care of the rest.’ It just means a lot to be able to just come out here and help the community.”

Since childhood, Jennings has immersed himself in athletics. Coming from a family of athletes, Jennings grew up with a competitive spirit. Older sister, Alexis, played collegiate basketball at Kentucky and South Carolina, collecting Second-Team All-SEC honors as a senior with the Gamecocks in 2018-19. “We were always outside going to the playgrounds or to the local YMCA to play against people,” said Alexis. “We pretty much played anything and everything. We just loved to be outside doing anything that had to do with sports.”

Read more about Jauan Jennings by clicking his bio below.

You have a new wide receivers coach. How would you sort of compare the personalities and the styles going from Wes Welker to Leonard Hankerson?

“They’re both their own person. It was awesome that they were in the room together last year so Hank got to watch how Wes did it, so he knows exactly what that room’s expecting. I got to coach Hank for I think five years as a player, so he has a lot of experience doing that stuff. Their personalities, I think are somewhat similar. And I think the players respect him a bunch.”

“Yeah, they’ve been great. We had them here about four or five weeks before the players got here, so we got to go through a whole process of what we do. We got to study college guys together, so you got to go through all the stuff and really learn what each other is about. And they’ve been working with the quarterbacks the last month, which they do an awesome job at. They really dive into the detail of every little aspect of it. I think they’ve been great getting along with all three of our quarterbacks and they’ve been good on the field here these last two days. Rookie mini-camp was good, but finally getting out there with these with our guys today and yesterday, is really when it starts going, because you get to coach out there, then you get to come in and watch film. You get to review the film as coaches, so you all get on the same page and then usually the next day they review with the players.”

How do you think CB Charvarius Ward has been coming along?

“I think he’s been great, just having him here for the month of phase one and phase two, just having him here with the guys, going into drills where we haven’t been doing a ton of football against each other, but just all footwork drills and stuff like that. He’s as talented of a dude as we’ve had here. He’s a great guy, loves to work. Doesn’t say a lot, just goes out and gets his job done and it seems like he fits in very well.”

How do you come up with a play? Not to compare you to a songwriter, but there are some guys that sit at a bar and write stuff out on a napkin. How does an origin of a play start?

“What I see in the defense. There are not these secret plays that we carry, I always say, around in that notebook in Water Boy, that someone’s going to steal someday and then we’re screwed. We all run the same plays. It’s how you tie them together, how you design, them, how you put certain guys in certain positions, they have answers versus not the perfect look, but all the looks. And that’s really what it comes down to timing and preparation and understanding what works against defenses and understanding what works against defenses and what your players can do versus those defenses.”

WON of Us: Janea

Janea was raised a 49ers fan, but she took fandom into her own hands to create traditions for family and friends throughout the years.

I grew up in the Bay Area, in Vallejo. I was born into it, from my entire family are Niners fans but I really learned it from my dad. When I was 10 years old, I asked him more about the game, that is when I would say I became a true fan. When I was 11 when we first went to Candlestick for a 49ers fame. I was always a Jerry Rice fan; I had his poster room. All pink room but with a big Jerry Rice poster. I grew up a huge football fan and, but I also wanted to be ballerina.

For a brief period of time, I lived in New York and brought my fandom with me. My first date with my now husband was at the famous Finnerty’s Sports bar for the 2014 Cowboys-49ers game. We now have kids, and they always seem to lean toward mom’s favorite teams from the Bay Area.

What do you love about WON?

It’s a great idea. I was born into being a fan, but there is a very strong fandom from women in the Faithful. Women are often left behind, but they are the same fans. It’s great for the organization to recognize the women in their fanbase. We are often more passionate than men. I love that we get to read about other female fans and continue telling stories. Participating right now, I am reflecting about all of the wonderful women I now know that I’m connected to because we are 49ers fans. We are better friends now because we connect over football when we might not have connected naturally through the years as neighbors or classmates.

Was there one inspirational moment in team history that confirmed your 49ers fandom?

The very first game that I got to see with my dad at Candlestick. Walking into the stadium changed my whole perspective. I think for a few years I was understanding the game and understanding the social aspect of having people over at the house. But to see a full stadium all dressed together and have that community feeling was extremely special, unique, and brought me and my dad closer together.

What 49ers tradition or superstition do you/your family have?

No superstitions, but if you’re wearing a certain jersey and the team wins, keep wearing but if they lose, maybe put that one in the back of the closet. Growing up we always had BBQs and family dinners on Sunday. It was great to have football to bring us all together. I have 17 first cousins and we would all get together to watch the Niners.

After my dad took me to my first game, he made it a tradition to take me to one game per year. When I was in college, I flipped the tradition and began treating my dad for his birthday in Nov ember until he passed in 2011. After that, my sister and I would drive up from our homes in Southern California to go see a home game every year. The best traditions have always been when we can bring the family together for 49ers football.

What impact has the 49ers had on your life?

It’s been really fun but beyond that I tie being a 49ers fan to being connected to my family and friends. Even when you lose, it’s a great memory with the people that you love. Looking back even after the 2011 NFC Championship, we wished that we had won, but I have memories that are irreplaceable with my sister and friends. I wouldn’t trade them for the world. I hope that I can pass this tradition on to my kids for something that we can all connect on for years to come.

If you know a WON Member that you think should be featured, you can let us know.

Levi’s® Stadium was named Sports Venue of the Year at the Stadium Business Awards in Barcelona, Spain. The 49ers home field edged out venerable sporting facilities like the Sydney (Australia) Cricket Ground and London’s Wembley Stadium. “Awards like these are a credit to all the hard-working people who represent this organization,” said 49ers COO Al Guido. “We can’t thank all of our employees, our partners and our fans enough for everything they have done to make this venue a success.”