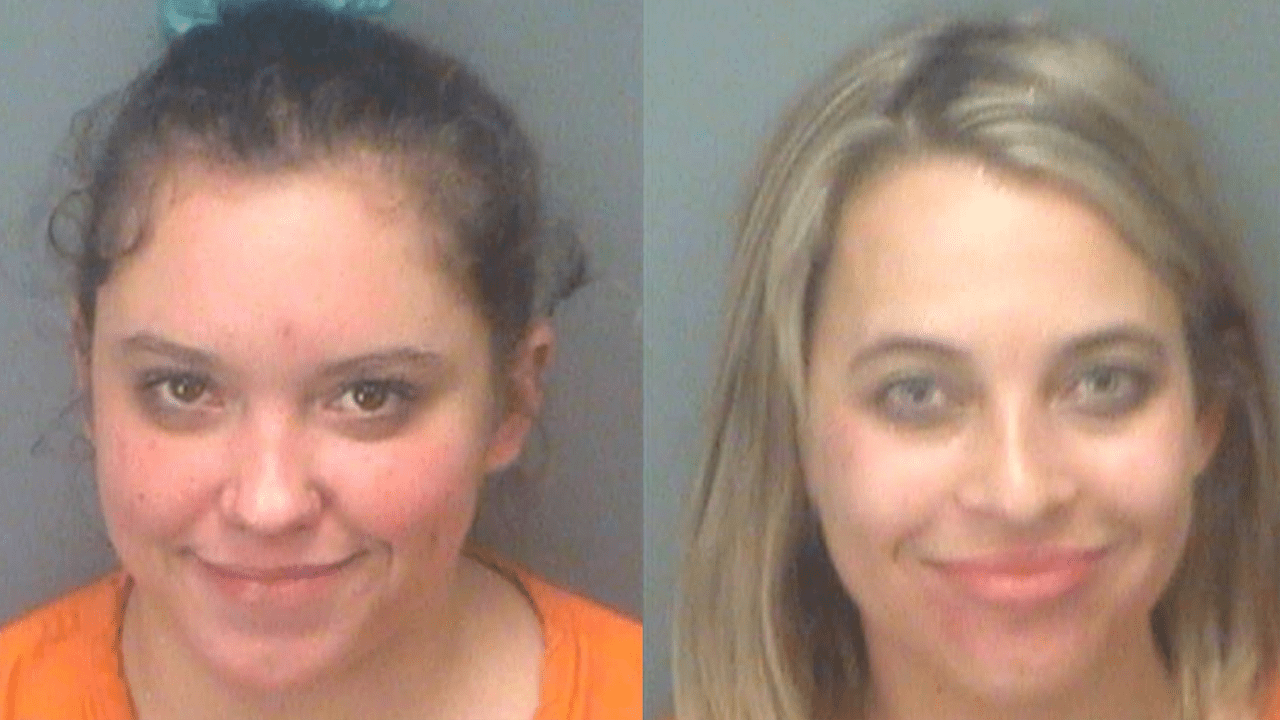 CLEARWATER, Fla. (WFLA) – Two women accused of going to a man’s Florida apartment and throwing glitter at him during an argument are facing a felony charge, police said.

According to arrest affidavits from Pinellas County, 27-year-old Kaitlin O’Donovan and 29-year-old Sarah Franks went to the man’s apartment just before 3 a.m. Monday and started arguing with him as he stood on his fenced balcony.

Both women threw a container of glitter at the man during the argument, according to Clearwater police. The arrest affidavits stated that the man was hit in the head and torso.

Officers said Franks then climbed over the balcony fence, went into the man’s apartment and threw more containers of glitter at him. She then unlocked the front door to let O’Donovan inside as well, the affidavit said.

Once she was inside the apartment, police said, O’Donovan also threw more containers of glitter at the man.

Police said Franks left the apartment complex in a vehicle that was later traced back to her home. The arrest affidavit said the vehicle was still warm to the touch and had glitter inside when police found it.

Franks and O’Donovan were both arrested and charged with felony burglary with assault or battery. Franks was also charged with misdemeanor criminal mischief because police said she kicked a window until it broke as she was leaving the apartment.