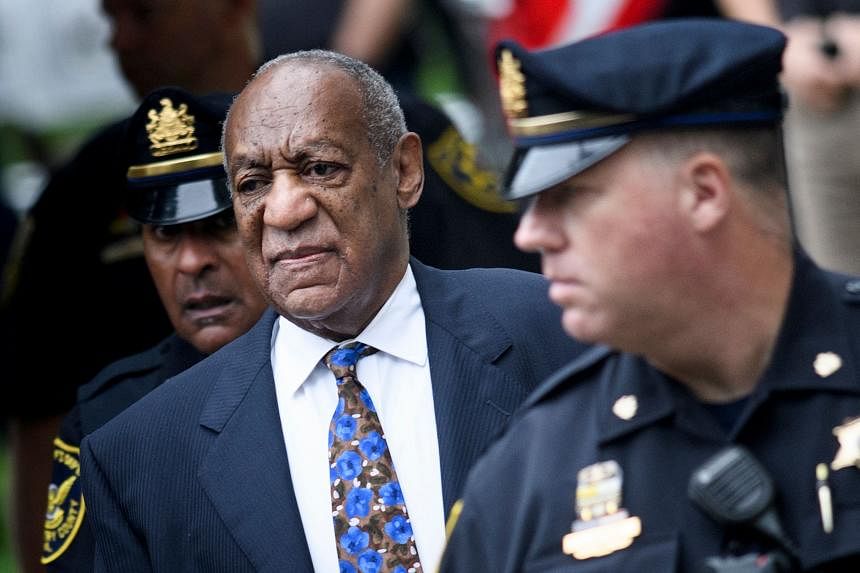 SANTA MONICA, CALIFORNIA (REUTERS) – A woman who accused Bill Cosby of sexually assaulting her at the Playboy Mansion in the mid-1970s took the witness stand on Tuesday (June 7) in a civil lawsuit and said the actor and comedian forced her to perform a sex act when she was a teenager.

Judy Huth, who is seeking unspecified damages, said she had gone to the famous mansion in Los Angeles at Cosby’s invitation after she and a friend met him days earlier at a park where he was filming a movie.

When she emerged from a bathroom, Huth said she saw Cosby sitting on a bed. He patted the bed next to her and she sat next to him, she said.

Breaking into tears, Huth said the actor tried to put his hands down her pants. When she told Cosby she was menstruating, he stood up and pulled down his pants, she said. Huth said he then placed her hand on his penis and masturbated “with my hand.”

“It was not what I wanted at all,” she said, adding “I was freaking out.”

The civil trial in California, one of the last legal cases against Cosby, is taking place 11 months after Cosby was freed from prison when Pennsylvania’s highest court threw out his sexual assault conviction in a different case.

Cosby’s lawyer Jennifer Bonjean said during opening statements that the alleged assault of Huth was a “fabrication,” though Cosby did not dispute that he invited Huth and her friend to the mansion.

“The evidence is going to show that Ms Huth is not telling the truth,” Bonjean said.