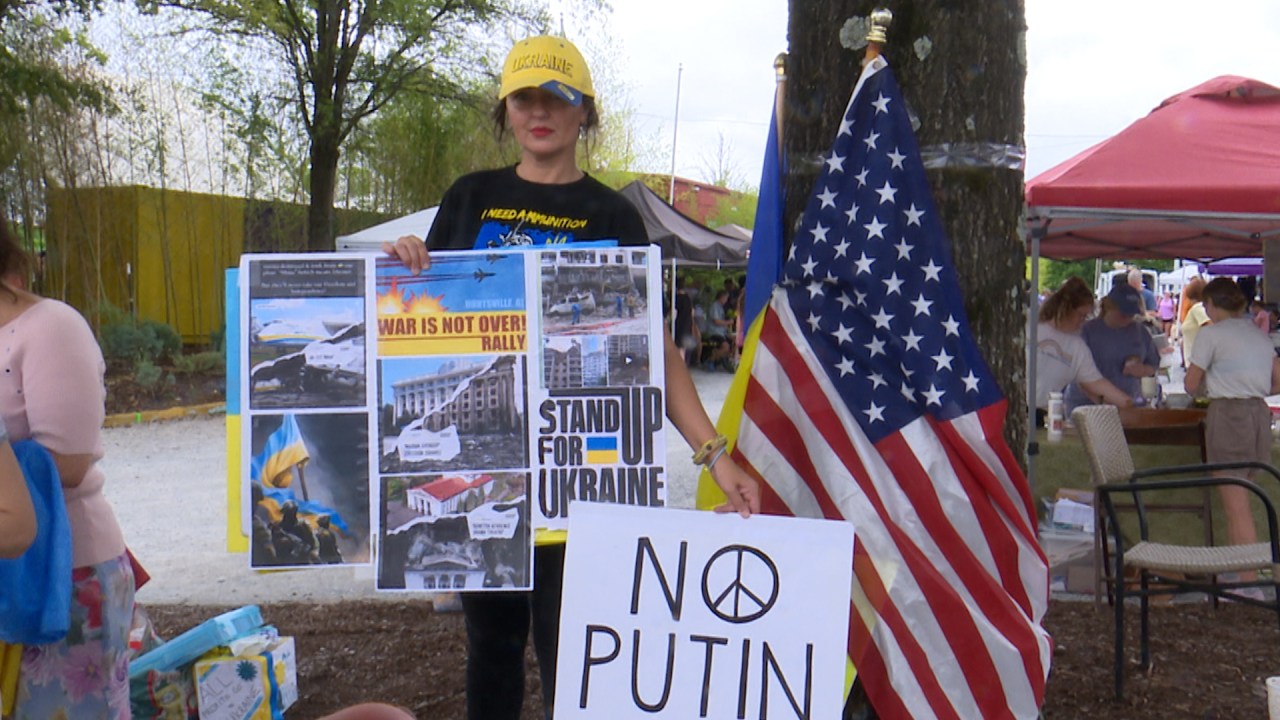 HUNTSVILLE, Ala. (WHNT) – Nearly five months have passed since Russia invaded Ukraine, but as a local group reminds the community, the war is not over.

At the “War is not Over” rally on Sunday, advocates shared information about Ukraine.


Plans to improve Alabama’s electric vehicle infrastructure in the works

“We are doing everything we can to spread awareness for Ukraine right now because we understand everyone has their own things to do, but we want to spread the news,” said rally organizer Anna Ustymenkoelliott.

Thousands of Ukrainian citizens have died since the war began and more are placed in danger every day. On Saturday night, an attack in the eastern Ukrainian city of Chasiv Yar killed more than a dozen people and left many trapped under the rubble of three apartment buildings.

“We will not stop because our heart hurts a lot for Ukraine even though we are here in America, very far,” Ustymenkoelliott said. “Everyone has relatives there. I have my brother there with all of his family. He is a volunteer and he is helping people around Kharkiv.”

Rally participant Nazar Pyvovar said the scope of the war expands beyond Ukraine. He said he believes Russian President Vladimir Putin places many people in danger.

“To not just destroy Ukraine, but to do something much greater,” Pyvovar said. “The threat that [Putin] poses to the European population and the West Asian population, it’s incomparable.”

“American people are amazing,” Ustymenkoelliott said. “They are helping a lot, emotionally and financially.”

If you are interested in donating to help Ukraine, Ukrainian President Volodymyr Zelenskyy has created United24, a central fund for donations. Donors can choose the direction of their donations: defense and demining, medical aid, or rebuilding Ukraine. Click here to donate.