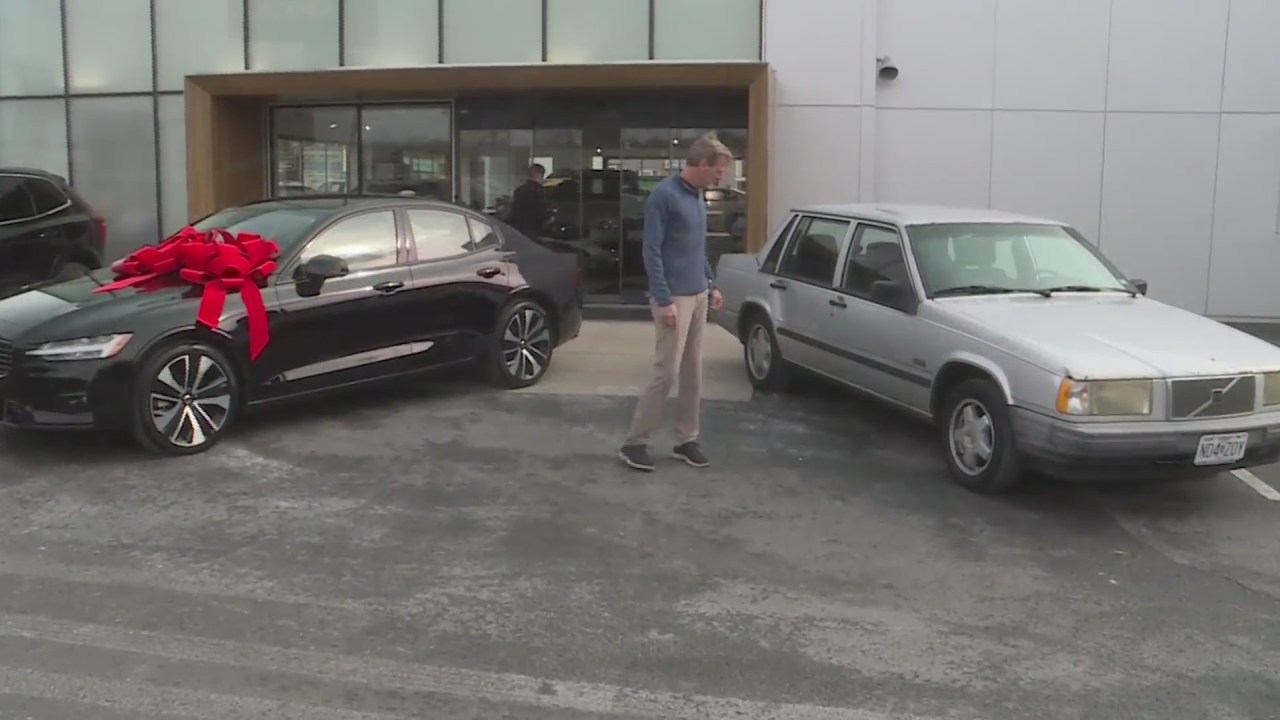 “The good thing about this car is, it can’t get me in any trouble because it goes about 75 miles per hour, tops,” said O’Shea.

“Never been in any accidents. Been hit by my wife three times in my driveway,” said O’Shea.

Looking back, O’Shea remembers catching heat for buying the car in the first place.

“My dad’s brother was running a Ford dealer, and he said you can only buy Fords. I brought this home, and he didn’t talk to me for a while. I said to him, ‘I guarantee you I will get a million miles out of this car,’ and I did,” said O’Shea.

In late November, on his way to work, O’Shea became the million-mile man.

“It didn’t hit me until I thought about what I told my dad. Since he’s no longer with us, I couldn’t rub it in his face,” said O’Shea.

Sentimentality aside, he’s wondering if the miles and maintenance might pay off.

And so he did. Three decades and million miles after O’Shea drove off the lot, he returned to a ribbon-wrapped reward: West County Volvo and Volvo Cars USA honored his mileage-stone with this 2022 S-60 sedan.

It’s his and free for two years, under the “Care by Volvo” all-inclusive car subscription. It covers maintenance, tires, wheels, excessive wear protection, and insurance.

“We’re just excited to be able to take care of Jim and get him into a new car,” said West County Volvo general manager Stephen Lynch, who, believe it or not, sold O’Shea his Volvo in 1991.

“He earned it, and we couldn’t be happier for him,” Lynch said.

Before leaving the lot, O’Shea joked that he would one day come back for his “next 30-year-car.”

“Let’s do a little sooner on this one,” Lynch responded.