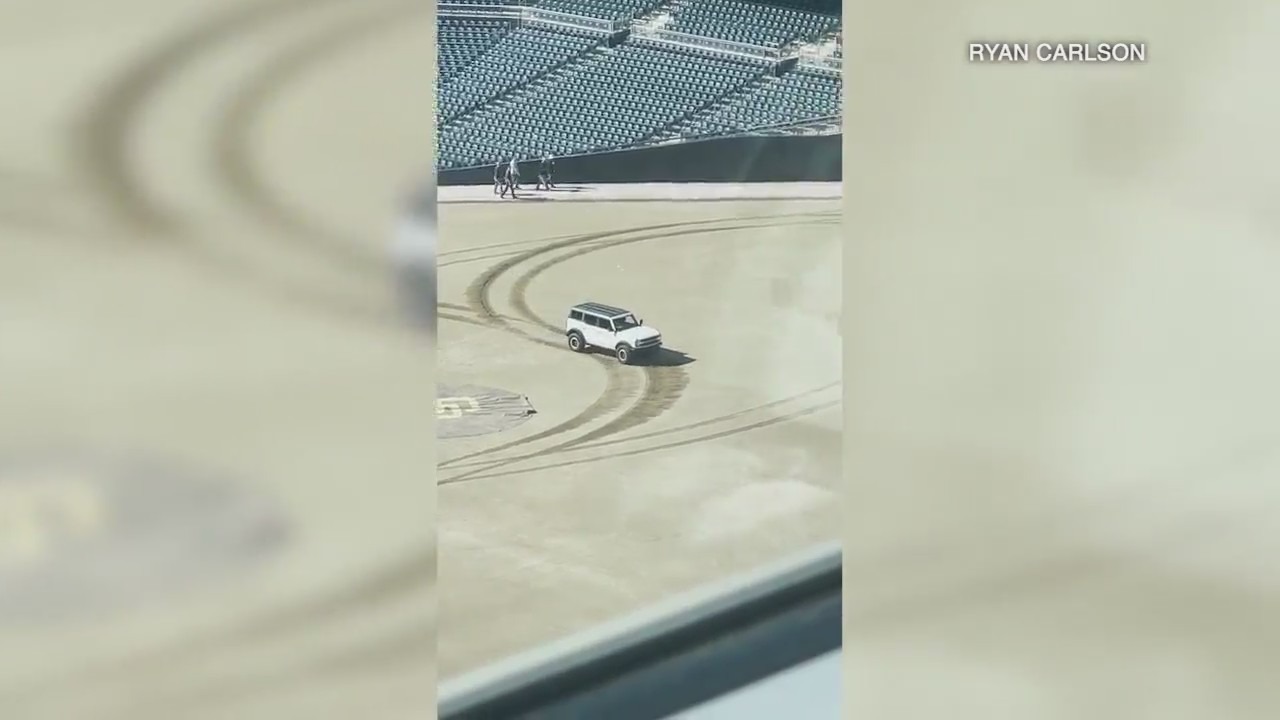 SAN DIEGO (KSWB) — A driver was caught on video Friday morning going for a joyride in his SUV on Petco Park’s field in San Diego, tearing up the surface after doing donuts.

Police said the driver, whose name was not released, was arrested on suspicion of felony vandalism.

As grounds crews were preparing Petco Park for the San Diego Padres season, they weren’t ready for what happened when the SUV suddenly came out from a ballpark tunnel onto the field.

“Definitely is the most bizarre thing I’ve seen on the field,” said attorney Ryan Carlson, who watched the incident unfold from his office overlooking Petco Park.

Carlson told Nexstar’s KSWB he thought the driver was an employee out for a joyride. But when the driver started tearing through the outfield area and doing doughnuts, he took out his cell phone to get video, which was first reported by the San Diego Union-Tribune.

“I just kind of recorded it as a joke saying ‘You know, this guy must be really pissed about the new playoff format that the MLB is implementing or, you know, the lockout itself,’” Carlson said.

Moments later, with fresh tracks all over the field, the joyride came to an end as the grounds crew blocked the exit.

“Once the car came to a stop and people started to surround it, that’s when I realized I might have just witnessed a crime. It really wasn’t that apparent at first — there was no real sense of, you know, urgency from anybody. Everybody was pretty calm,” Carlson said.

Toward the end of the video, the driver is shown sitting on the dirt and surrounded by employees until security arrived. He was arrested by police shortly after the incident.

KSWB reached out to the Padres, who declined to comment on what happened.