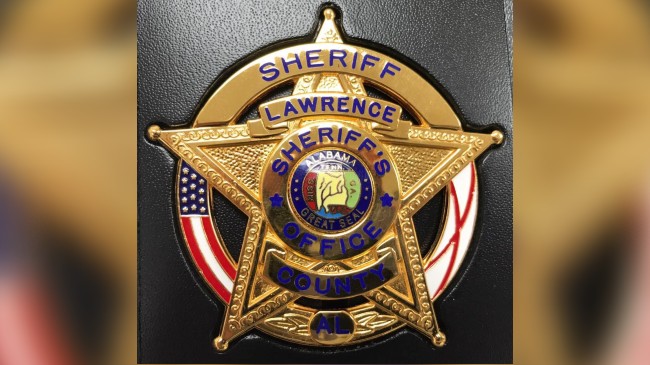 LAWRENCE COUNTY, Ala. (WHNT) — Two people are dead and an investigation is underway after authorities confirm a murder-suicide in Town Creek on Thursday night.

Town Creek Police Chief Jerry Garrett says his officers received a call around 6:20 p.m. in reference to an unwanted guest from a woman living at 538 Bradley Street. The woman, later identified as 33-year-old Sheneaka Davis, told dispatch that her ex-boyfriend was at her home and asked to have police come and escort him away.

Before police could get there, Garrett tells News 19 that the man, later identified as 33-year-old Daricus “Rico” Yarbrough, forced his way into the house through the front door, backed Davis into a back bedroom and shot her.

Garrett says Davis’s friend and three children were inside the home at the time. All were unharmed.

Yarbrough then left Davis’ house and went a quarter-mile down the road to 363 Bradley Street where he was living in a house that his grandmother owned.

It was now around 6:40 p.m., and officers, after initially following information that led them to believe Yarbrough was at another location, were at the home of his grandmother.

Garrett says some of Yarbrough’s family had shown up at the home to talk with him, but he eventually made them all get out. Garrett says the family told police they left because the situation was “not good.”

Yarbrough then flashed a gun at officers and shut the front door, Garrett tells News 19. That was when authorities heard the sound of a gunshot.

At this point, Garrett says officers did not know whether anyone else was inside the home and made their way inside and found Yarbrough dead.

Chief Garrett told News 19 that Yarbrough had been trespassed from Davis’ house a few months prior to Thursday’s incident.


Falkville woman charged with homicide after alleged drug use during pregnancy

Chief Garrett says all of the agencies working together is what helped the situation go as smoothly as it could have for the small community.

“We’re a small department,” said Garrett. “The assistance from the other agencies was just…invaluable. From controlling both scenes, keeping them secure and processing them; the cooperation among everyone is what helped the situation. You can’t begin to describe how invaluable that is between departments.”