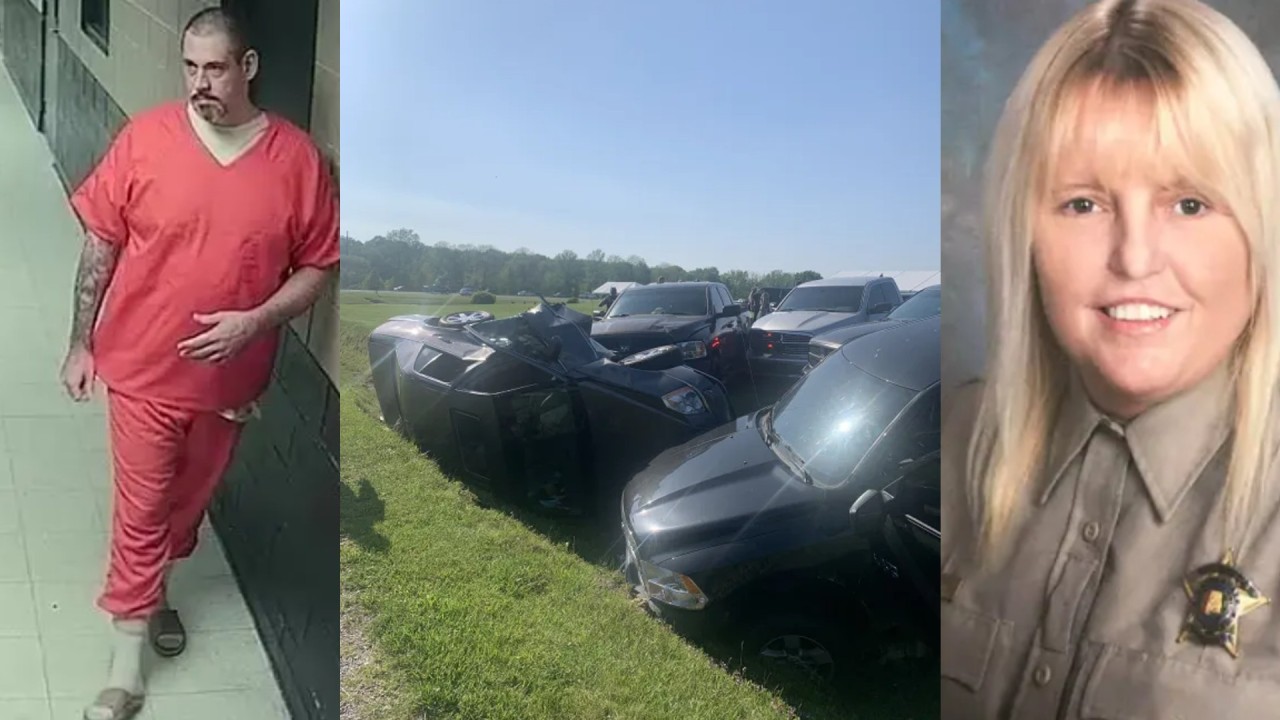 LAUDERDALE COUNTY, Ala. (WHNT) — After almost two weeks on the run, authorities say the manhunt for Casey White and Vicky White has ended.

Lauderdale County Sheriff Rick Singleton confirmed both Vicky White and Casey White were in custody after a police chase ended in a wreck in Evansville, Ind.

Singleton said Casey White surrendered to police, and Indiana authorities confirmed Vicky White was taken to the hospital with a self-inflicted gunshot wound. Singleton said he didn’t know why they were in Indiana.

Vandenburgh County Sheriff Dave Wedding said Vicky White did attempt to shoot herself, but did not know what part of her body she shot. He said the car they were caught in was a Cadillac, and the chase didn’t last long.

U.S. Marshals reported they were investigating a tip saying the pair had abandoned a 2006 Ford F-150 in Evansville, Ind. at a car wash on South Weinbach Avenue.

The nationwide manhunt for Casey White and Vicky White began on Friday, April 29.

Law enforcement officials were looking for inmate 38-year-old Casey White and former Assistant Director of Corrections, 56-year-old Vicky White who were reported missing on April 29 after leaving the Lauderdale County Detention Center. Despite sharing a last name, the two are not related.