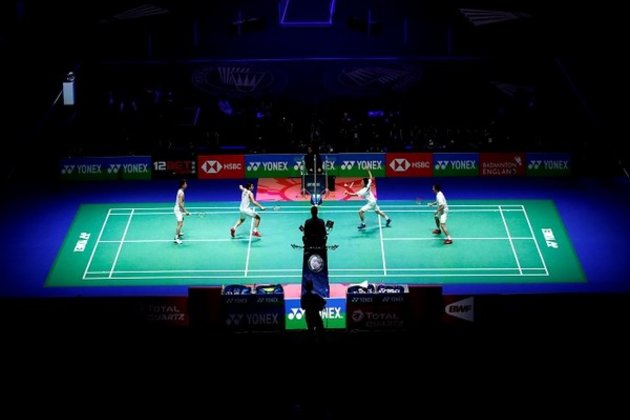 Washington [US], June 7 (ANI): Badminton World Federation on Tuesday confirmed that the US Open scheduled for October 4 to 9 has been cancelled.

USA Badminton concluded that it was no longer feasible for them to host their tournament this year due to organisational complications coming out of COVID-19.

“USA Badminton concluded that it was no longer feasible for them to host their tournament this year due to organisational complications coming out of COVID-19,” BWF in a statement said.

This is the third consecutive time that US Open has been cancelled. Last time in 2019 when the tournament was organised, Lin Chun-yi bagged the men’s singles title while Wang Zhiyi took the women’s crown. This international tournament was then held at Titan Gym in Fullerton, California, United States.

The 2019 U.S. Open was the thirteenth tournament of the 2019 BWF World Tour and was also a part of the U.S. Open championships which has been held since 1954.

The 2022 badminton season will now feature 30 tournaments. The Commonwealth Games in Birmingham, England in July-August and the Asian Games in Hangzhou, China in September add up to the exciting badminton season ahead.

The BWF has also restructured the event line-up in 2022, with many tournaments rescheduled to reduce travel and lower the risk of infection.

With US Open cancelled, in the last quarter of the year, players will have an opportunity to collect final points from the few remaining events to qualify for the BWF World Tour Finals, which features the top eight players and pairs from each category.

The season-ending BWF World Tour Finals will be held in Guangzhou, China from December 14. (ANI)