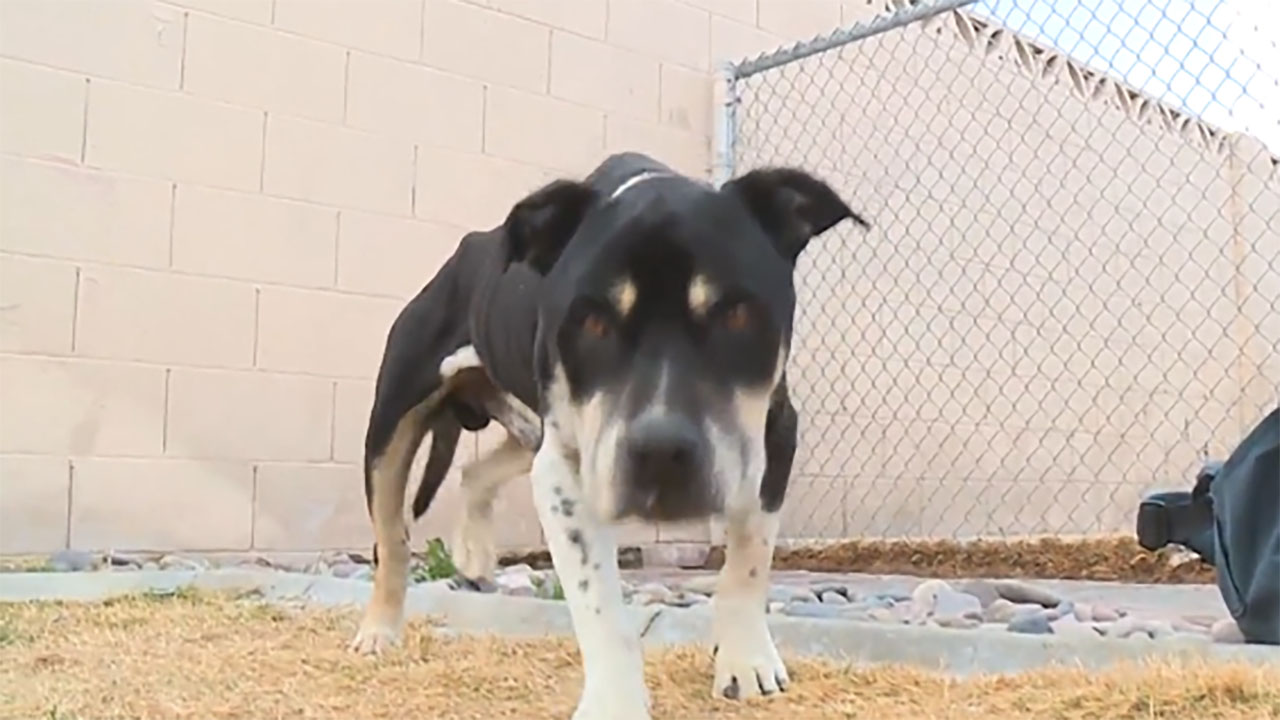 LAS VEGAS (KLAS) – A 12-year-old pit bull mix is starting to gain back some strength after he was recently found starving just a few months after he was fostered.

“He felt defeated because he felt the world forgot about him. You can just almost see that in his demeanor,” said Tina Hayes, a volunteer with Vegas Pet Rescue Project.


It’s coyote mating season. Here is what you need to know to protect your pets

Anikan had been a healthy 65-pound dog before he was fostered out of The Animal Foundation in October.  But last week, Anikan was found living in a junkyard, weighing 33 pounds with a stomach full of rocks he’d eaten to survive. The rocks also destroyed his teeth.

“He is a senior dog, so for him to be in this condition is just … it’s unthinkable that somebody would allow this to happen,” Hayes said.

Caretakers at Spencer Springs Animal Hospital said Anikan must have been starving for a few weeks, judging by his condition. His ribcage was prominently visible due to the weight loss.


Feed your ex’s name to wolves for Valentine’s Day

The Animal Foundation told Nexstar’s KLAS that Anikan was part of an open foster-to-adopt process in which there are no background checks, fees or references required of the potential foster.

Anikan is also not neutered, which is unheard of in many shelters. The Animal Foundation said his adoption would have been finalized after his neuter surgery.

The Animal Foundation said the person who was supposed to be taking care of Anikan has not come forward.


Dex and Sandor with Dothan Police retire from paw-patrol

Anikan, meanwhile, has started to put on weight, but he will need time to recover his health and confidence.

The Vegas Pet Rescue Project is currently accepting donations to help care for and rehabilitate neglected, abandoned or abused animals.