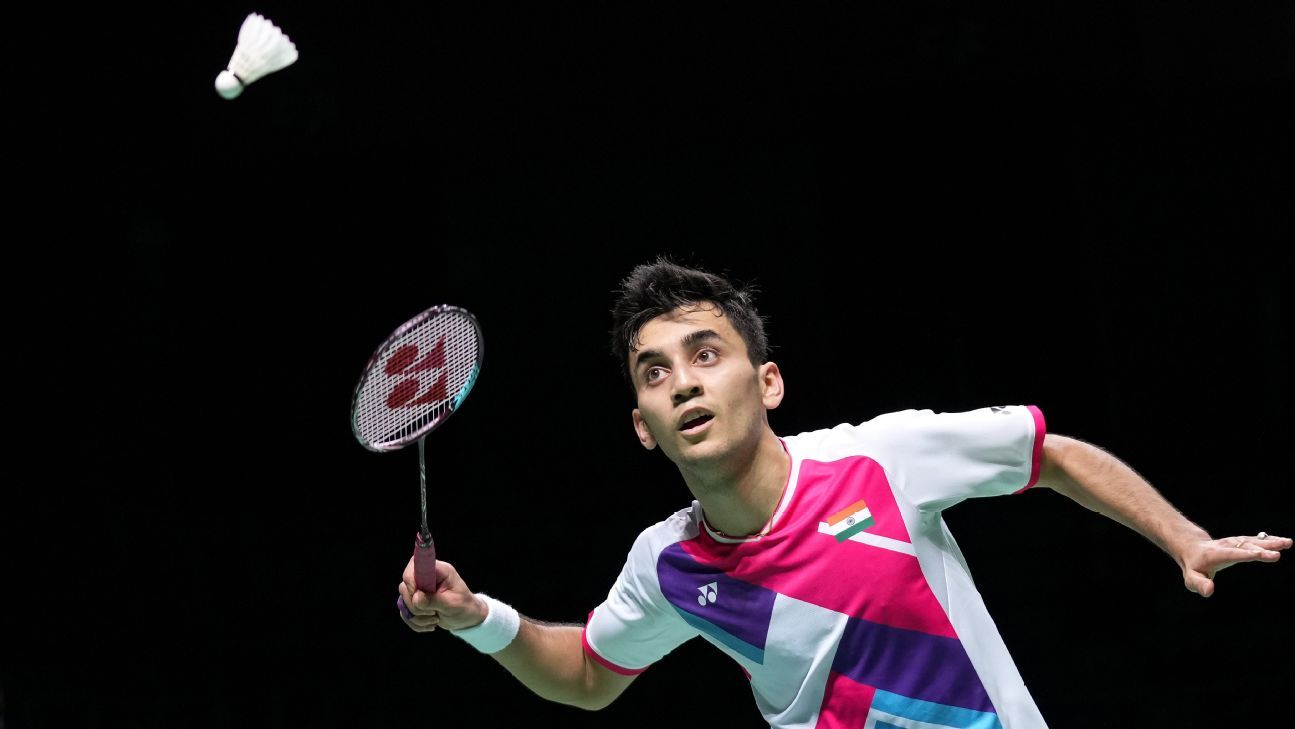 Lakshya Sen’s plan was simple – make the other guy work for every point. He stuck to it; through thwarted attacks and deficit scorelines and blood on the court. It earned him a 21-16, 21-18 win over third seed Anders Antonsen and a place in the All England quarterfinal.

With this win, Lakshya has now overcome three top-five players – Viktor Axelsen, Antonsen and Anthony Ginting – inside a week. The 20-year-old is shaping up to be one of the most intelligent men’s singles players out there, beating opponents with his genius.

The world No 3 headed into the match after a revenge win over reigning world champion Loh Kean Yew. He perhaps considered himself the favourite against the young Indian. But Lakshya had his wily plans in place. Antonsen ticked speedy attacks off his to-do list at the start, stifling the winners. The Dane threw in his steep half smashes and bread-and-butter cross attacks to wrong-foot the Indian too. But Lakshya was working down his own list.

Before Thursday’s match, the two hadn’t played each other on the BWF Tour. They shared the bronze medal in Huelva last year – the Dane’s second Worlds medal and the Indian’s first. A day ago, in a ridiculous first-round match up, Antonsen had taken apart gold medallist Loh Kean Yew. Lakshya didn’t want to go down the Singaporean’s path of gifting short lifts to Antonsen to unfurl his attack. The Indian began playing a good length to steadily smother the cross courts and straight smashes. He did get needlessly fazed when a couple of line calls didn’t go his way, upsetting his rhythm and frittering away points after. But he steadied himself soon enough to take the first game by a handy a five points.

In the break, Lakshya called for medical assistance for a finger bruise that had left blood patches on his racket grip and more trails of blood on the court. The start of the second game was delayed as court staff worked on mopping it off. Antonsen, on the slower end of the court after the change of sides, ran into trouble with the length of his lifts early. It was growing into a recurring theme that he just couldn’t shake off. The short and flat lifts by Dane were perfectly preyed upon by the Indian, winning a run of points off them. Lakshya was thwacking the straight smashes and the cross courts were denying a chance at interception. A lucky net chord went on to hand the Indian a four-point lead. Then the Dane began to push the pace. He brought out his quick flick serve, forcing the Indian to return long of the backline, employing a tight net shot to trip up his opponent. Resurgence loomed on the horizon as Antonsen drew level 11-11.

The Dane was prepping to take flight. He threw in a straight smash and on the next point, Lakshya flung in a cross court into the tramlines. It brought up a six-point gust for Antonsen, and the possibility of the match spilling into a decider looked imminent. But this was Lakshya at the other end. In his head, it was still no more than a two-game affair.

Over the past few months, he’s gained something of a repute for mounting comebacks from trailing positions, no matter how foregone the outcome looks. Most recent case in point being last week’s win over Axelsen from 9-16 down.

For a player who prides his tactical nous and ability to outthink opponents, Antonsen suddenly found himself a bit wanting against the Indian’s canniness. In a visible expression of frustration at being outfoxed after Lakshya pushed him to the backline to set up a delicate drop, the Dane swatted the shuttle into the stands. The Indian was on the money in his anticipation and spatial awareness, plucking the cross courts and punishing the flat lifts. Antonsen was now edgy, second-guessing himself, and being pushed to his wits’ end. Much like when he planted himself to his left, half expecting a down the line, only to be flummoxed by a 344 kmph winner cross court. Unlike his match against Axelsen, Lakshya didn’t let matters stretch into a decider. He pruned the Dane’s hopes and the match in straight games.

After his recent performances, irrespective of how he fares this week, Lakshya has marked himself as a certain top-five material. He’s going to get there eventually. Right now, no opponent is too good and no goal too high for the young Indian.