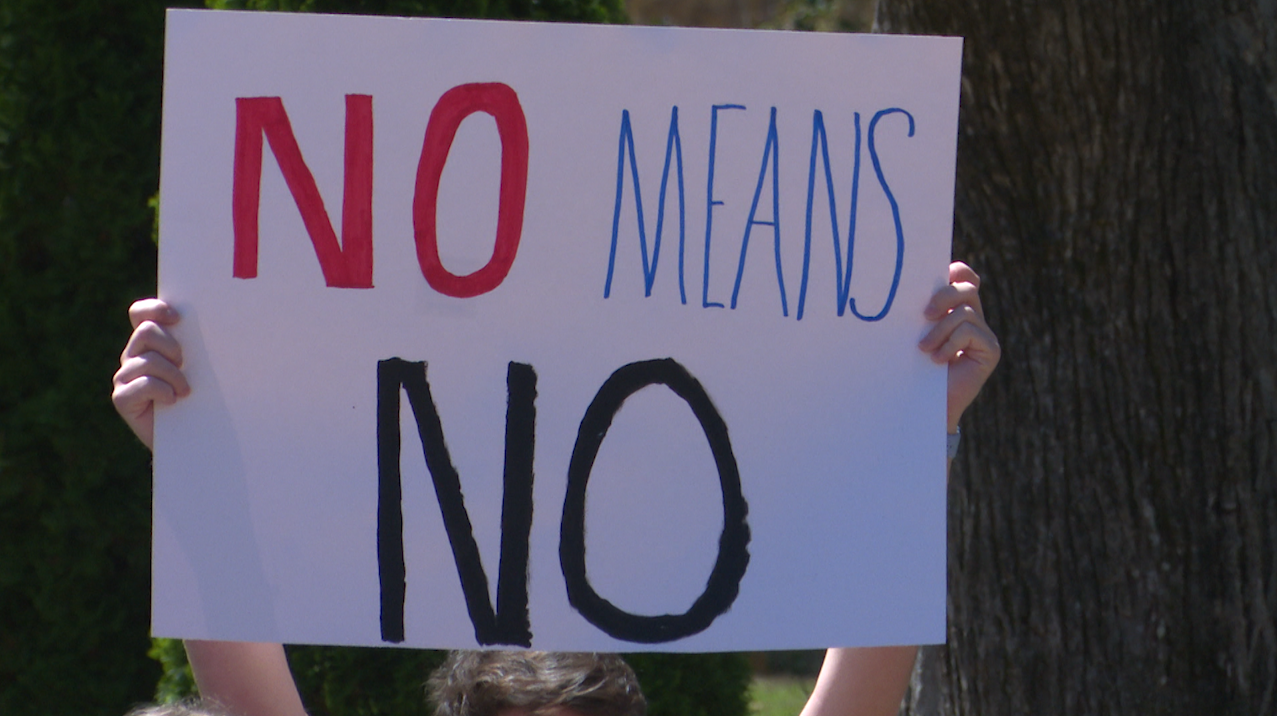 FLORENCE, Ala. (WHNT) — Students at the University of North Alabama (UNA) organized a protest on Thursday after the university’s student publication released an article in which three women anonymously accused a man of sexual assault.

The university’s student publication, the Flor-Ala, documented each woman’s story in detail. They chose to keep everyone who was allegedly involved anonymous. Brooke Freundschuh, Managing Editor of the Flor-Ala, told News 19 that this event is a warning that anyone accused of sexual assault or similar crimes should be held accountable.

“I hope this makes a difference,” Freundschuh said. “Sexual assault happens on campuses across the country every day, and a lot of times it’s swept under the rug. If this is what it takes to prevent even one situation from happening, it’s worth it.”

In response to the protest, UNA released this statement:

The University of North Alabama takes sexual assault seriously and follows federal Title IX regulations when allegations are reported. The University is aware of an article recently published in the FlorAla student newspaper wherein anonymous sources reported they were sexually assaulted on campus. The US Department of Education adopted regulations in 2020 that substantially limit UNA’s ability to take disciplinary action when a party elects not to file a formal complaint of sexual assault. The University recognizes the complexities for parties involved in matters related to sexual misconduct and respects the rights of individuals to make personal decisions. We encourage all students to report all incidents of sexual assault, as the University can offer support and resources to involved parties, even if no formal complaint is filed.

The University of North Alabama

UNA Police Chief Les Jackson said only one of the three alleged assaults was reported to police. Jackson told News 19 his department takes these cases very seriously and will work with students to make sure these incidents are handled as quickly as possible.

You can find the original story from the Flor-Ala here.