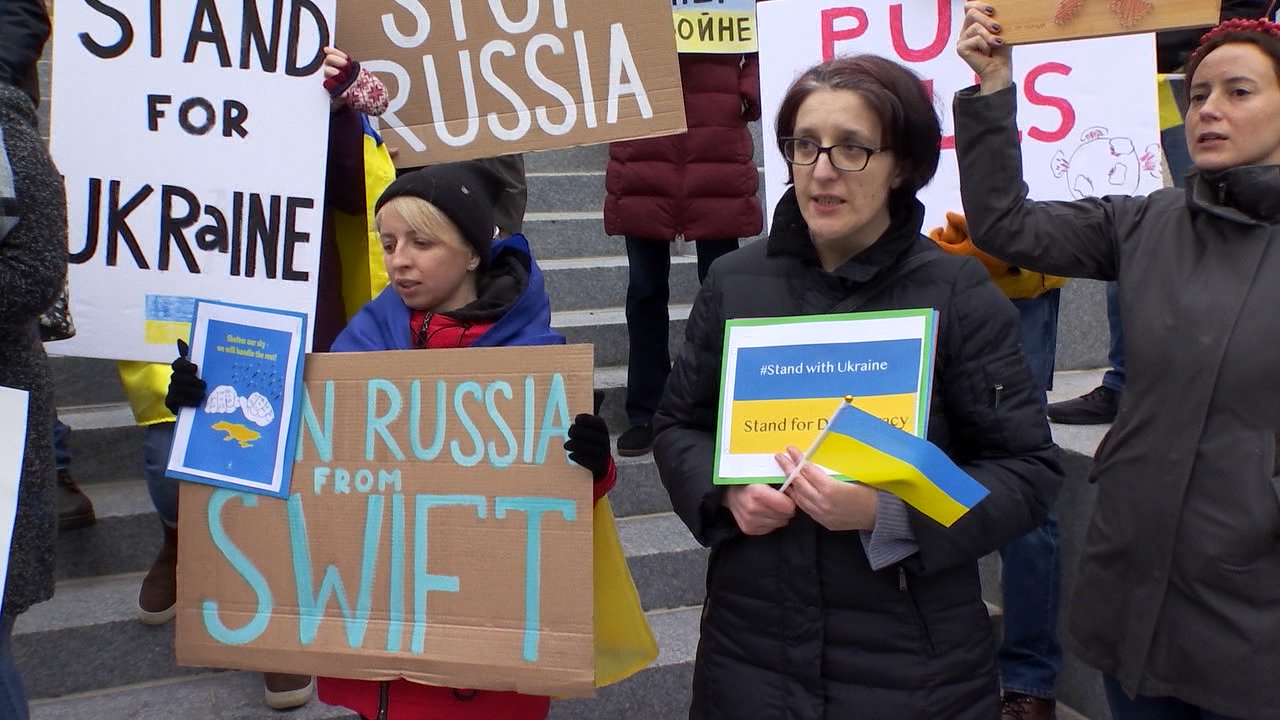 NASHVILLE, Tenn. (WKRN) – Ukrainians living in Tennessee are sitting on edge wondering if their family and friends in Ukraine are going to be safe. This comes as Russia launched an invasion into the sovereign country.

Many Ukrainians here say they want peace and urge the world to not standby but take swift action to help.

It’s an eerie feeling for those living in Ukraine following the Russian bombs and missiles targeting civilian and government buildings. Russian tanks are moving to make their presence known.


How to talk to kids about Ukraine: ‘They know things are troubled’

This is a reality for Yuliia’s parents in eastern Ukraine.

“They were sending me videos of, hundreds of tanks coming through their village and that’s scary, that’s scary,” said Yuliia Liaman, who lives in Nashville.

With tears in their eyes and songs on their heart, the group of Ukrainians stood on the steps of the Tennessee State Capitol and now wants the world to know what’s happening to their homeland.

“I have friends in Kyiv right now who are sleeping in the subway station because they are no longer safe in their homes, their pets, their children are all with them and the situation is grim because we don’t know how long this is going to last,” Alisa Kaiser said.

They’re calling on the world to remove Russia from the ‘SWIFT banking system’ and to freeze Putin’s assets immediately.

“Leaders of 27 countries in Europe, he asked are you with us or will we be murdered — he said all, everybody scared, no one wants to be for real against fight with Russia because all around the world they’re scared,” a woman holding her young son’s hand said.

But the Ukrainians said their National Anthem which reads:

“Ukraine is not yet dead, nor its glory and freedom,

Luck will still smile on us brother-Ukrainians.

Our enemies will die, as the dew does in the sunshine,

And we, too, brothers, we’ll live happily in our land.”

Defines the spirit and fight in Ukrainians.

“And we are strong, yes we cry, we’re scared but we are strong Ukrainians are very proud to be Ukrainians and right now the whole country is united against Russian aggression,” one woman said.

According to the U.S. census bureau, hundreds of thousands of Ukrainians are currently living here in the United States.