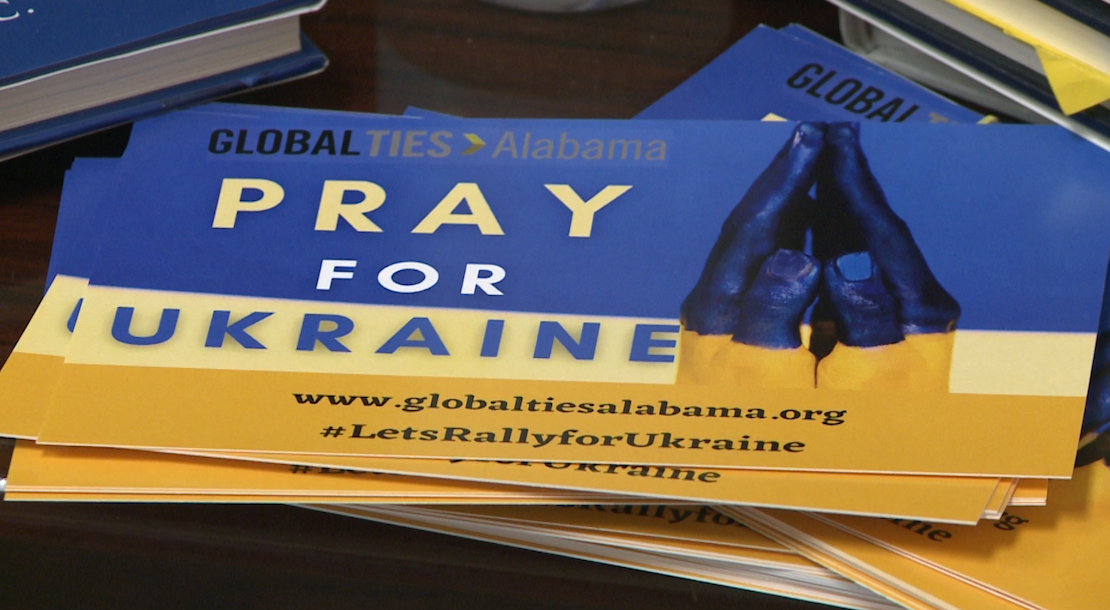 HUNTSVILLE, Ala. (WHNT) – With the war in Ukraine raging on, many families are escaping to surrounding nations for safety. The story is no different for the Shevchenko family.

Valentin and Yugena Shevchenko made the life-changing decision to leave their homeland of Kyiv, Ukraine, in order to preserve the livelihoods of their children. They never thought that their family would be victims of a major conflict.

“I was scared for my family, but I had to tell my children and they understood this,” Valentin told News 19 through a translator. “So they packed what they had and we were ready to leave when we had an opportunity.”

As the bombing got closer, reality started to set in. It was once a friend told Valentin a car was waiting outside that the Shevchenko family left immediately, without finishing their cooking on the stove.

After spending a month and a half in various European refugee camps, the Shevchenkos got their chance at asylum at the U.S.-Mexico border in Tijuana with the help of a friend who’s a U.S. citizen.

Yugena breathed a sigh of relief as she said, “We can feel being calm here, because when we were in Poland or Ukraine or in Germany, we were very stressed. We couldn’t sleep. But here we can sleep and we feel like our panics and stressful thoughts and anxieties, they fade.”

To her three children, Vlad, Natalia and Irene, Huntsville is a fresh start.

“We evacuated through several countries, but here in America, as soon as we stepped foot on American soil I felt the spirit of freedom. And I can see it in people, in buildings. I just can feel it and I really like it,” 17-year-old Vlad said.

Their parents just hope that others like them can find a better, simpler path to security. Yugena hopes there can soon be a direct line for refugees from any country to get to America without going through the amount of hoops they encountered.

“We would like for them to find an easier way for America to accept refugees because for us it was very tiring, and a long way to go around, like through Spain and Mexico and then to the United States. If it was a direct route from European countries into America it would be easier for refugees,” she said.

You can donate directly to the family through their GoFundMe. Huntsville-based non-profit Global Ties Alabama also has a list of suggested items for Ukrainian refugees abroad and still inside the country.