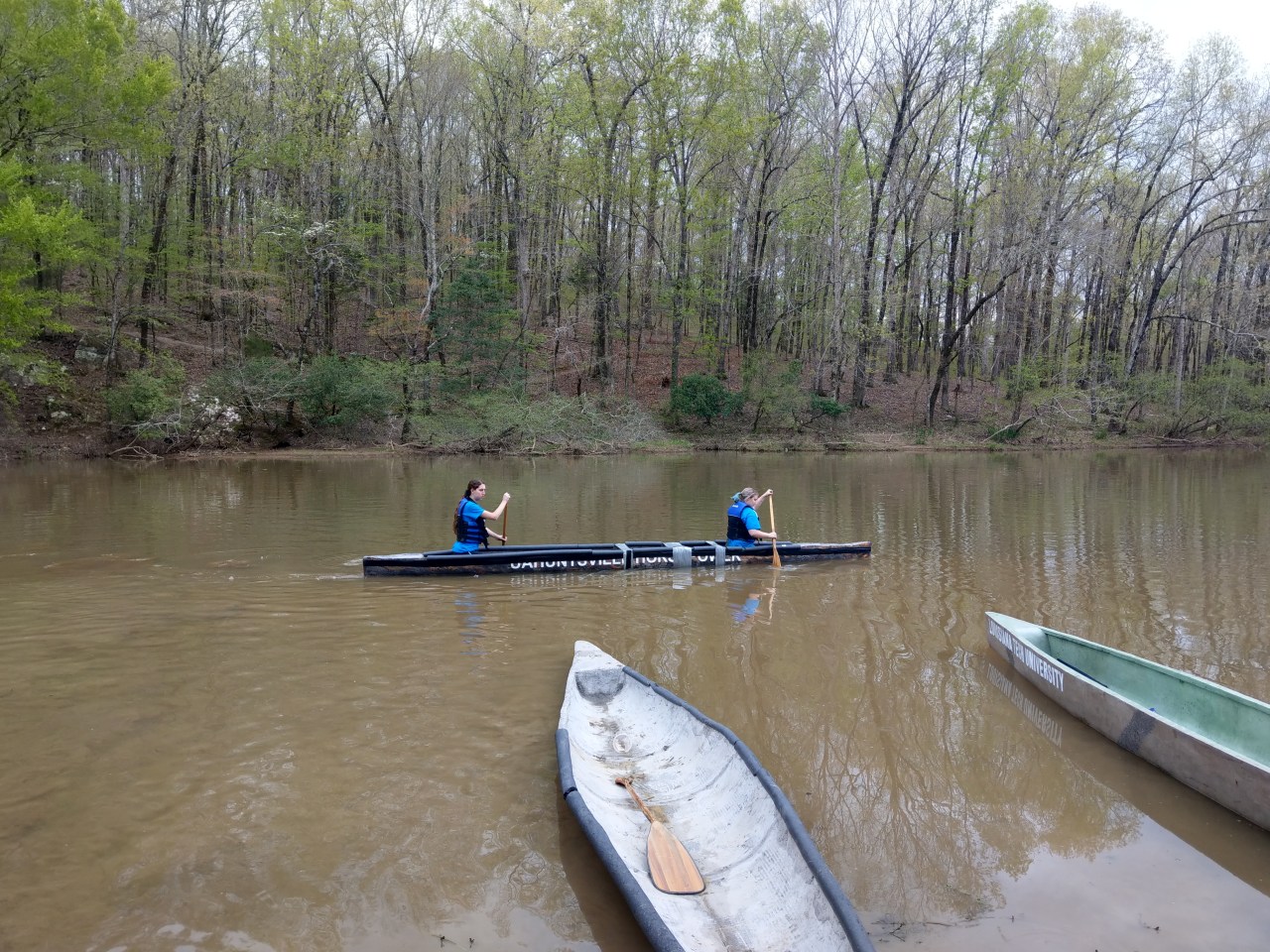 HUNTSVILLE, Ala. (WHNT) — Members of the University of Alabama in Huntsville (UAH) chapter of The American Society of Civil Engineers (ASCE) have participated in the concrete canoe races for more than 30 years.

The club holds numerous national titles and awards for it’s concrete canoes over the years.

However, this year, the canoe hit a snag. When ASCE club members reached the race site in Auburn, Alabama, they discovered the canoe had split in two.

Members of the ASCE club reached out to News 19 to share their tale.

“I mean, your heart just kind of goes into your stomach a little bit,” she said. “When we opened up the trailer and we saw the canoe and it was sheared completely in two… we were concerned that we wouldn’t be able to race it at all.”

Not being able to race would have been devastating for Puchner and other members of the club.

“We spent all year prepping the concrete mixture, and deciding the whole geometry for it,” Puchner said.

Club members worked together on the design for months. Each year, the design rules change, so they have to alter their design.

After the plan is set, they built a mold for the concrete. The concrete is poured in one sitting during what club members call “lay day.” They tell News 19 it took seven hours to mix and pour all the concrete this year.

Puchner said finding the cracked concrete on race day was “definitely not what we wanted to happen.”

The club says they didn’t let too much time pass before crafting a plan.

“We sat down, I think four of us sat down and talked it out,” said UAH Senior Nate Brinkman. He said the fix wasn’t as easy as just wrapping the boat in tape on the seam of the crack.

“We did have to use some science going into it, a little bit of figuring out where it was likely to break, and what we were going to have to do to keep it together,” Brinkman stated.

He said they had to tape in multiple spots in order to create “anchor points to bind the tape across the bottom, so it could transfer the forces between the front and the back of the canoe.”

Another hurdle they had to jump over?

“The tape doesn’t stick to concrete, so you have to make it stick to itself,” Brinkman said as they had to use layers and layers of tape.


WWII planes landing in Meridianville to close out April

“We went to a hardware store and completely cleared out their shelf of all the tape they had available,” Brinkman said. “Going lengthwise, I think we did around seven rolls.”

In total, Brinkman estimates they used “8 to 12 rolls.” He estimates that stacks up to about a quarter mile of tape.

The competition awards the canoes based on weight and other factors. Brinkman said, “we had already lost the points we could, and we just wanted to make sure it could float.”

News 19 asked Brinkman and Puchner to reflect on the experience.

“This is definitely an experience that’s going to stick with me for the rest of my life,” Brinkman stated. He said he’s already told the tale to anybody and everybody.

Donning a life jacket, Brinkman himself raced in the taped together boat.

“Going into the races we were very concerned, but I actually have a lot more faith in Duct Tape now and what it can do,” Brinkman continued.

Puchner also raced in the boat, during the Women’s Slalom.

“I was very skeptical that it was going to hold together,” Puchner told News 19.

“It was me and my partner, were the first ones testing the canoe on the water,” Puchner said. “I told her, we’re just going to go for it, race as fast as we can.”

She said, “we were really concerned especially with the turning maneuvers that the canoe would flex at the point that it was duct taped together, and that would cause a lot of stress on the canoe.”

“We figured, we worked this hard and we’ve come a long way, so we’re just going to give it our all and see what happens from there,” she concluded.