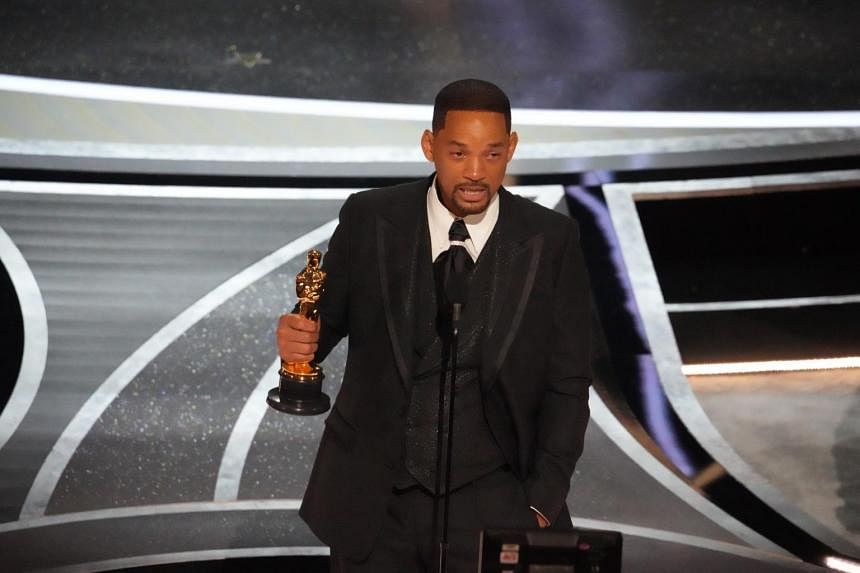 LOS ANGELES – Two major film productions starring Will Smith have been paused, according to Hollywood sources.

According to movie industry website The Hollywood Reporter, a planned Netflix movie Fast And Loose has been put on the back burner.

A week before the Oscar ceremony, director David Leitch had withdrawn from the action thriller in an unrelated move to work on a Ryan Gosling film, Fall Guy.

This led Netflix to put out an urgent call for a replacement director, but that has reportedly been put on hold after Smith’s headline-hogging slap at the Oscars.

The 53-year-old A-lister was also supposed to star in the fourth instalment of the Bad Boys film franchise (1995 to 2020), which has been halted by Sony, according to The Hollywood Reporter.

The most recent Bad Boys movie, Bad Boys For Life, was the fourth-highest grossing film of 2020, making US$426.5 million (S$578.8 million) at the global box office.

Smith would have reunited with co-star Martin Lawrence as maverick Miami cops in the action-comedy franchise.

Movie studios are reportedly assessing Smith’s tarnished reputation after he slapped comedian Chris Rock onstage at the Oscars for cracking a joke about his wife, Jada Pinkett Smith.

The King Richard (2021) star, who took home the Oscar for Best Actor after the slap, later apologised and resigned from the Academy of Motion Picture Arts and Sciences.

He is due to appear in a slavery drama series, Emancipation, on Apple TV+ in autumn and the streaming service has not announced any delays.