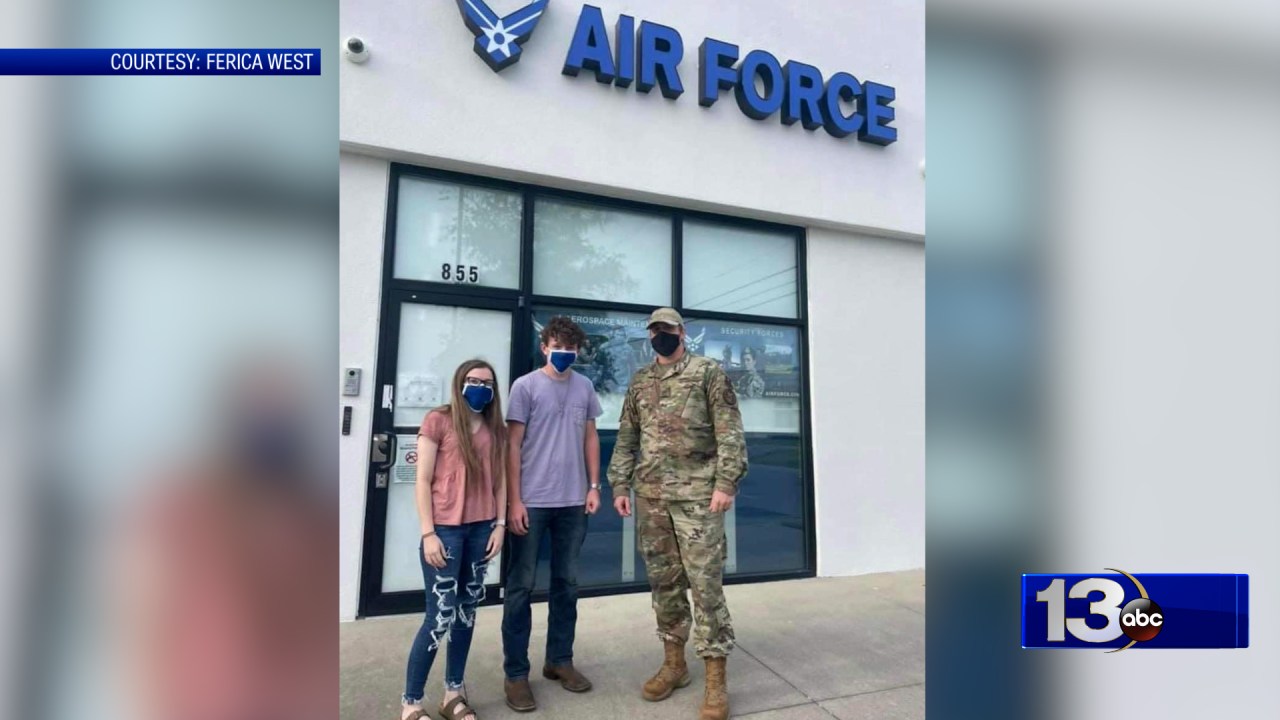 GRACEVILLE, Fla. (WMBB) — It’s typical for brothers and sisters to fight. But if it came down to it, a pair of twins from Graceville would prefer to fight together.

They are joining the Air Force.

“I really can’t remember a time they haven’t been together,” the twins’ mother Ferica West said.

Landon and Leiken King have been attached at the hip since they were born.

As the twins from Graceville entered their adult lives, it was hard for them to picture their lives apart.

“Well we’re joining the Air Force,” Leiken said. “Then we’re going to get shipped off to Montgomery to go to… again and then after that San Antonio to go to basic training.”

The 18-year-olds said they’ve both wanted to join the air force for a while.

They have a brother in the Army.

But a road trip to Port St. Joe a few years ago also helped kick start the idea.

“We were on 98 heading west and some jets flew over and we had a long conversation all the way there and it really sparked an interest,” the twins’ father Kenny West said. “It’s just really been a passion of Landon’s and it just spilled over to Leiken and they’re really excited.”

Leiken said she especially likes the benefits that come with joining the military– like free education.

She’s going to train in public affairs while her brother learns the ins and outs of aircraft electrical and environmental systems.

“I just always wanted to work on aircraft I guess,” Landon said. “Get close to a plane because I’ve never even been on one yet.”

The twins’ parents said to say they’re proud would be an understatement.

“Our family, we love America and I think you know that patriotism has spilled over them a little too,” Mrs. West said.

Landon and Leikin leave first thing Monday morning to start this next chapter together.