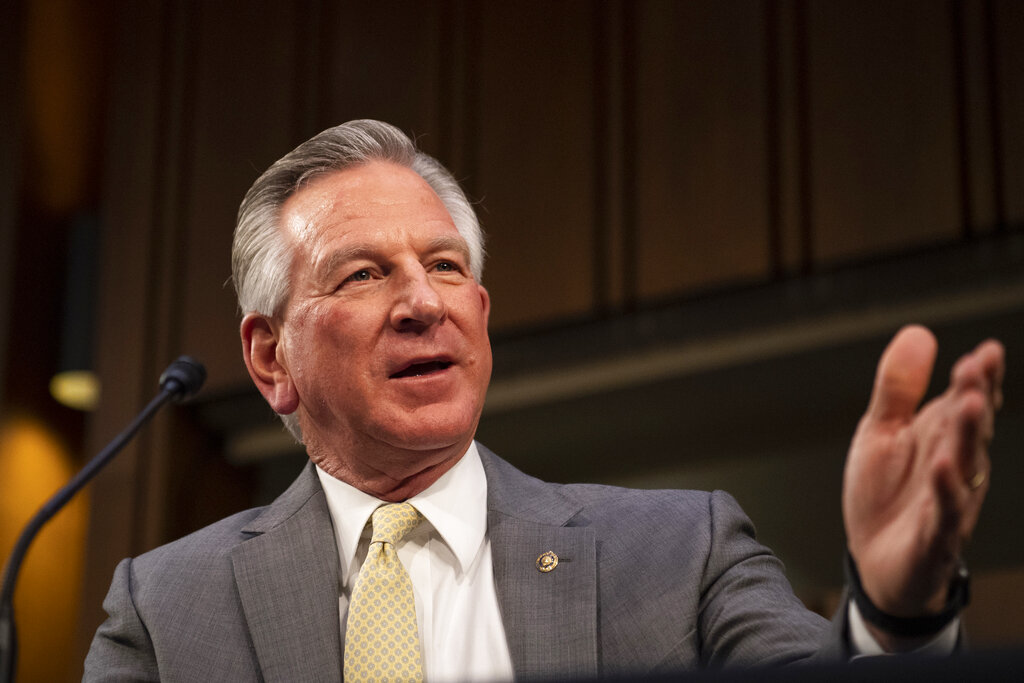 HUNTSVILLE, Ala. (WHNT) — On Monday, the Madison County Republican Party (GOP) hosted the annual Leo Thorsness Freedom Celebration Awards to honor those who have contributed to the mission of assisting veterans in the state of Alabama.

U.S. Senator Tommy Tuberville (R-Ala.) received the award for his work with the military veteran community. But the platform provided an opportunity for Tuberville to speak his mind over America’s role in the Russian Ukraine crisis.

“We [are] still the number one superpower in the world and you can’t lead by weakness,” said Tuberville.

As U.S. intelligence has indicated, Russia could soon invade Ukraine. Tuberville said he wants to keep his position clear on U.S. involvement in a potential conflict and the possibility of war.

“We don’t want to fight, we want to help them,” Tuberville continued. “They are a democracy and it’s a situation where we basically talked them out of giving up their nuclear weapons 10 or 15 years ago and they gave them up with the thought that we will protect them if they give their nuclear weapons up.”


Where does your favorite president rank in the Presidential Historians Survey?

“That we would respect their borders,” Tuberville stated. “Well, we are not holding that to the treaty that we signed with them.”

On Monday the White House said President Biden will soon take executive action to pave the way for sanctions after Russian President Vladimir Putin announced his decision to recognize two regions of eastern Ukraine as independent states. Tuberville says sanctions are long overdue for this administration.

“President Biden has the authority to do anything that he wants. He’s president of the United States,” Tuberville concluded. “To do sanctions he could do it alone so hopefully he does, but we will see what happens. It’s iffy, but it’s a tough situation for Ukraine and the people of Ukraine. They are in it alone and we will see what happens in the next few days.”

Tuberville says he traveled to Ukraine last year to meet with President Volodymyr Zelensky in Ukraine and said Zelensky told him that Ukrainians don’t want American boots on the ground.