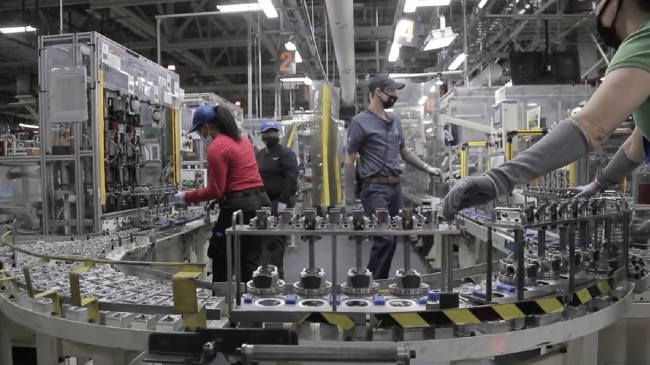 HUNTSVILLE, Ala. (WHNT) — In the company’s continued efforts and commitment to building more electric vehicles, Toyota announced on Tuesday a $383 million investment in four of its plants.

$222 million is slated for the Huntsville plant, which plays a hand in manufacturing the heart of new Toyota and Lexus vehicles. The new investment will support the production of four-cylinder engines, including options for hybrid electric vehicles.


US 72 resurfacing to start this week

Other plants receiving the investment funds include the Georgetown, Kentucky plant, which will receive $16 million, the Troy, Missouri plant, receiving $109 million and the Jackson, Tennessee plant is slated to get $36 million.

The investment at the Huntsville plant will also go towards a 114,000 square-foot expansion, marking the building’s sixth expansion since 2003. The plant has the capacity to build 900,000 engines every year, representing an almost $1.5 billion investment.

In Kentucky, the facility is expanding the flexibility of the four-cylinder engine that was announced last fall, which Toyota says will help them better meet customer demand. The plant produces around 600,000 units annually. As the company’s largest plant in the world, they produce seven different Toyota and Lexus models. The facility represents an overall $8.5 billion investment.

And in Jackson, Tennessee, the plant will use the money to update equipment to build new four-cylinder engine blocks. In all, the company says the facility produces more than 2 million engine blocks every single year and represents a $425 million investment.

Toyota says the company is also focused on investing into the future workforce, announcing “Driving Possibilities,” a $110 million initiative supporting PreK-12 education and further. The company says the goal will be to improve communities and get young people excited – and prepared – for the job market.