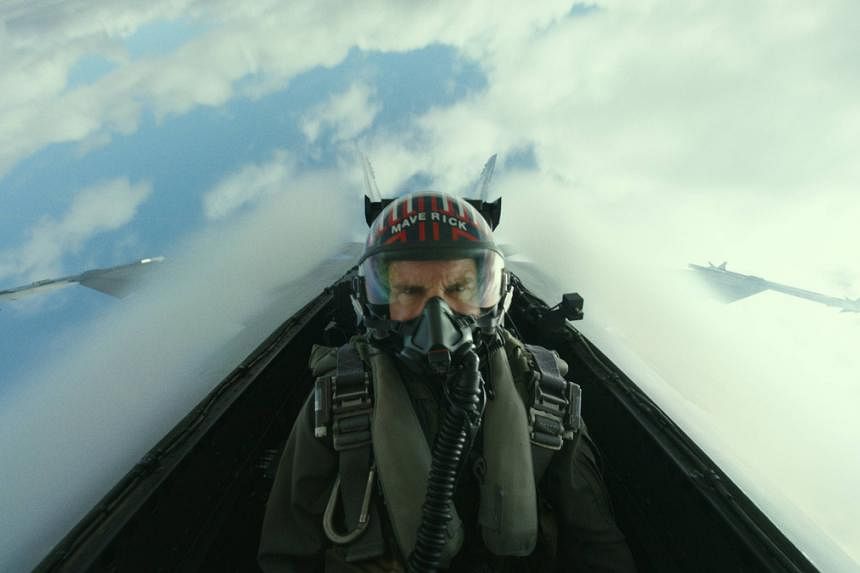 SINGAPORE – To get picked to play opposite Tom Cruise, they do not just let anyone through the door, even if you are an actor with an Oscar-winning movie (the 2014 drama Whiplash) under your belt.

American actor Miles Teller, 35, tells The Straits Times that his compatibility check, known as a chemistry test, that he took with Cruise was as anxiety-inducing as any school examination.

“It was probably the most nervous I’d been for something,” he says.

The actor, who can be seen in the Divergent dystopian science-fiction films (2014 to 2016) and award-winning coming-of-age drama The Spectacular Now (2013), is in the action feature Top Gun: Maverick, which opens in cinemas on May 26.

It is the follow-up to Top Gun (1986), a blockbuster hit which grossed US$357 million against a budget of US$15 million. The budget for Maverick is reportedly US$152 million (S$209 million).

The new movie follows the life of Cruise’s Captain Pete “Maverick” Mitchell, now a senior pilot dealing with the consequences of events shown in the first film while trying to get a team of pilots ready for a high-risk mission over dangerous territory.

Teller’s stress came not just from desiring the part of Lieutenant Bradley “Rooster” Bradshaw, the fighter pilot son of Nick “Goose” Bradshaw, who was played by Anthony Edwards in the first movie.

Some anxiety also came from not having previously worked with the famously meticulous Cruise, who is also one of Hollywood’s most powerful and in-demand leading men. But Teller was friends with Maverick director Joseph Kosinski, who had directed him in the firefighter drama Only The Brave (2017), and he was relieved to see Kosinski there.

Teller says: “I walked into a room and it was just Tom, Joseph Kosinski and (producer) Jerry Bruckheimer, so Joe was my safety net. But once I started doing the scenes with Tom, I felt really comfortable. Great actors like him are able to do that. They are just so in the moment with you that everything goes away and you can just be present.”

In the first movie, Goose dies as a result of Maverick’s reckless handling of their F-14 Tomcat fighter. There is a pivotal scene in the new film in which Teller’s Rooster and Maverick open up about the pain and guilt caused by the older pilot’s actions.

“I love that scene. I think audiences watching the trailer have an idea about why they are at odds, ‘Oh, Goose died in a training accident, therefore he resents Maverick’, but that’s not what it’s about at all. It’s more complex and I love the arc of these two characters and their relationship.”

Director Kosinski, 48, says audiences should not be surprised to find that the focus of the movie is on people and relationships, despite how it is set in the high-tech world of F/A-18 Hornet and F-14 Tomcat fighters, and the United States Navy’s aircraft carriers.

He adds: “It’s Maverick’s journey. ‘It’s not about the plane, it’s about the pilot.’ That’s a line in the film, and that’s our intent in this story.

“Tom is a licensed pilot and he loves aerobatics, so he wanted this to be a love letter to aviation. You’re going to see a lot of beautiful aeroplanes in this film, but it’s really about Maverick and his relationship with these young pilots.”