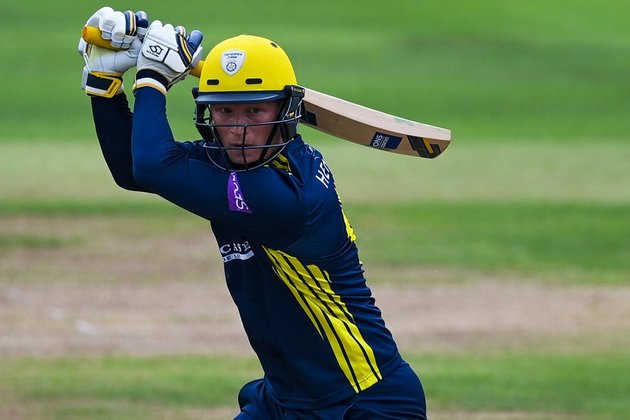 Tom Alsop, the left-handed wicketkeeper-batter, will fill a gap in Sussex’s top order after signing for the county on a season-long loan from Hampshire.

Sussex finished bottom of last year’s County Championship with a young side and have lost three established batters ahead of the 2022 season, with Ben Brown (Hampshire), Phil Salt (Lancashire) and Stiaan van Zyl (released) all leaving the club.

Cheteshwar Pujara has signed for the majority of the Championship season while Mohammad Rizwan and Josh Philippe will split their second overseas slot, but Alsop has been brought in as a senior batter after falling down the pecking order at Hampshire.

Ian Salisbury, Sussex’s Championship and 50-over coach, said Alsop would benefit from the opportunity to work with Grant Flower, their new batting coach. “We’d identified a lack of top-three batters on the staff and see Tom as a talented top-order player,” he said.

“He is ready for a new challenge and to work with what I believe is one of the best batting coaches in the country. He’s a top lad who I have no doubt will fit into the squad brilliantly alongside our young homegrown talent.”

Alsop, 26, was an England Lions player in 2016 and 2017 but his development has stalled in recent years and his first-class average of 27.34 reflects an unfulfilled talent. With substantial competition for places at Hampshire after the signings of Brown and Nick Gubbins in the last nine months, he has been allowed to spend the season at Hove.