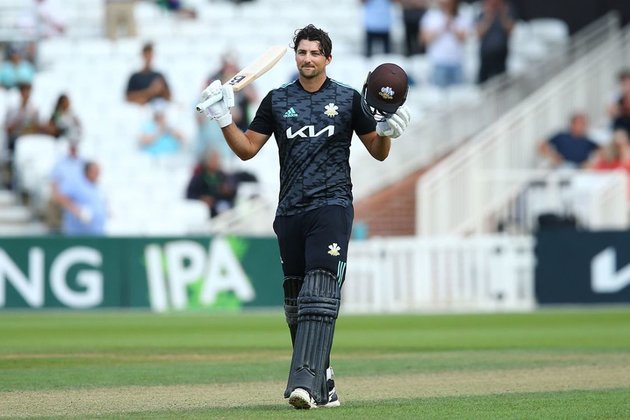 Lancashire have signed Tim David as one of their overseas players for the Vitality T20 Blast.

David, who has played T20Is for Singapore but is also eligible to represent Australia, has enjoyed a remarkable rise over the last year. A powerful hitter, he impressed for Lahore Qalanders in the 2021 PSL, joined Surrey and then Southern Brave via a trip to play club cricket in the Netherlands, before spells in the CPL and the IPL.

He is currently featuring in the PSL for reigning champions Multan Sultans, for whom he has made scores of 71 from 29 balls and 51 off 19 in the first fortnight of this year’s competition.

“Tim fits the profile of player which we have been looking to bring into our T20 squad and his addition will give us more power in the middle order,” Lancashire’s head coach, Glen Chapple, said. “His impressive T20 record – both at international level and in various leagues around the world – speaks for itself and we are really looking forward to him joining us in May.”

David, whose career strike rate in T20 is 158.52, has also featured in the Big Bash for Perth Scorchers and Hobart Hurricanes.

He was signed on a short-term contract by Surrey last summer, after the club experienced an injury crisis during the latter stages of the Blast, and went on to feature in the Royal London Cup, scoring two hundreds and averaging 68.00. David then joined up with Southern Brave as an injury replacement, playing in the final as they won the inaugural men’s Hundred.

“I am really excited that this opportunity has come about, and I can’t wait to join up with the rest of the Lancashire Lightning squad for the start of the Vitality Blast in May,” David said. “There is such a strong squad at Emirates Old Trafford and hopefully I can contribute with the bat and the ball to help the team go well this summer.

“I thoroughly enjoyed my brief spell with Surrey and the Brave in England last year and I am looking forward to building on that experience with the Red Rose.”