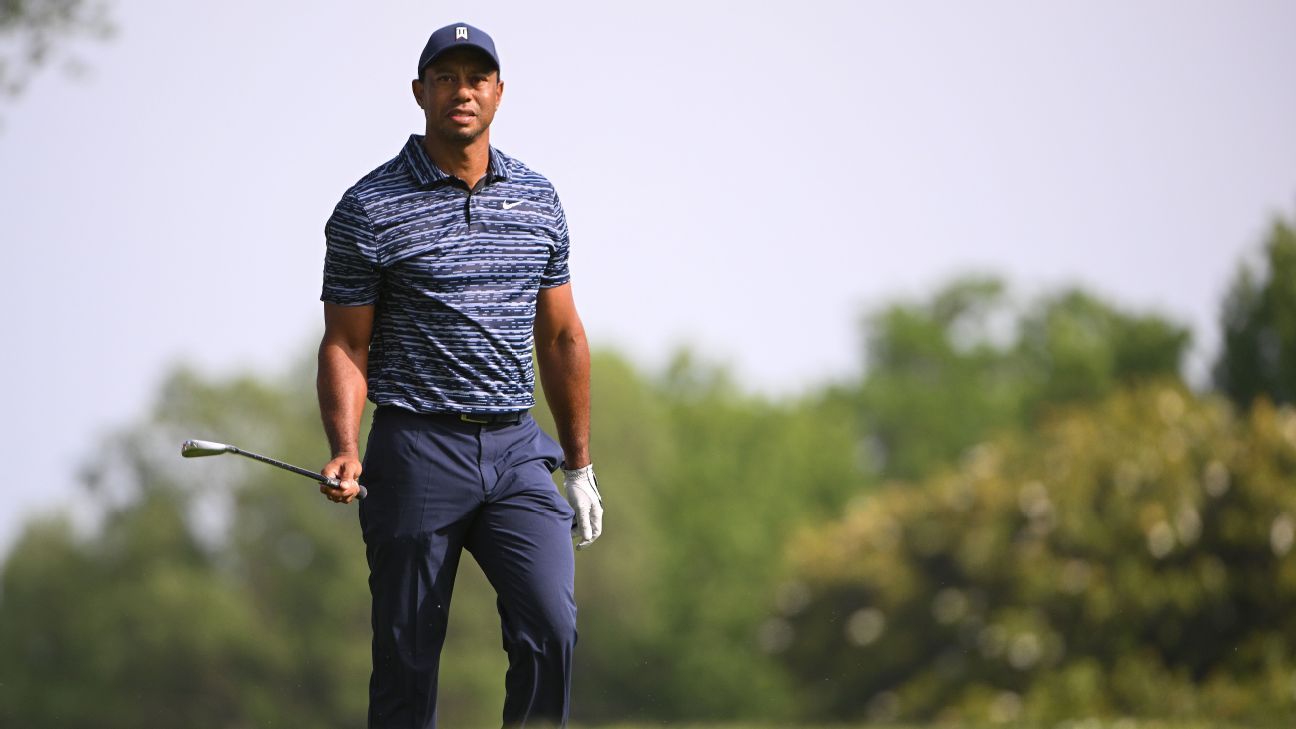 Tiger Woods started so well at the PGA Championship, his first round beginning with a smooth, easy birdie on the very first hole at Southern Hills Country Club. But as his day progressed, things got harder — his body started to fail, his game started to falter.

Watch Woods, McIlroy, Spieth in 2nd round | Get ESPN+ here | Download the app

He heads into the second round needing to make a move — to stay within eyesight of contention and avoid spending his Friday just trying to make the cut. He’ll be alongside Rory McIlroy, who was the 18-hole leader after a strong opening-round 65 on Thursday, as well as Jordan Spieth, who needs a good round after a slow start.

Here is how things are going on Friday at the PGA Championship:

Woods was wide off the first tee. He gingerly walked off the tee, headed down the rough to find his ball. With a good lie, he lofted a wedge onto the green and then navigated a two-putt for a relatively easy opening par. He opened the day hovering around the cut line. So the early part of his round will be key.

Total for the day: Even

Where he stands in the tournament: 4 over