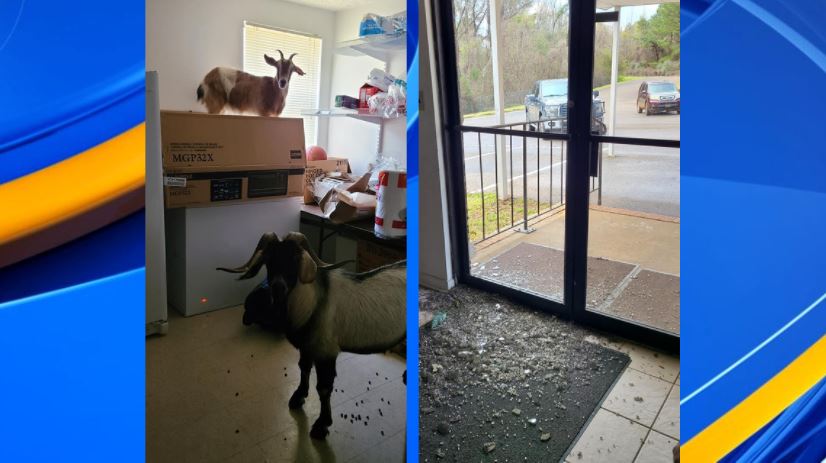 AUTAUGA COUNTY, Ala. (WIAT) — The Autauga County Sheriff’s Office took two goats into custody Thursday after the animals broke into a church.

In a Facebook post, ACSO said that this was “a first” for the department. Authorities were dispatched to Bethesda Church off County Road 33 and discovered the glass front door of the building broken through.

At first, deputies thought it was a burglary but after a quick search of the premises, they discovered two goats in the kitchen area.

The owner of the church was notified about the goats and they were then wrangled up and taken back to their home without further incident.