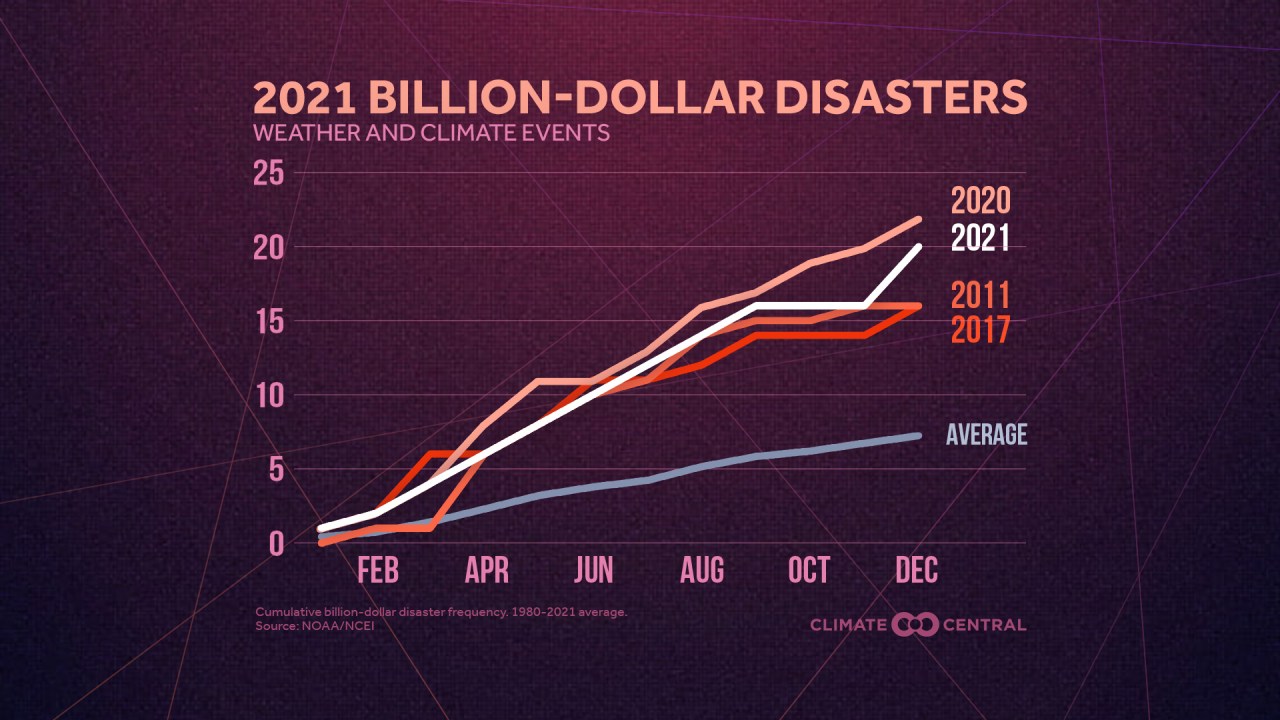 It was a year filled with severe weather for the country and it started with flooding in California in January. In February, there was a deep freeze across the middle of the country, including Texas. Snow, sleet, freezing rain and extreme cold affected the Lonestar State. According to NOAA, this was the costliest winter storm on record with damages totaling $24 billion, more than double the Storm of the Century from 1993.

Numerous wildfires plagued the West, with more than 7.1 million acres burned. The summer and fall brought a heatwave and drought to parts of the West.

There was also torrential rain in Louisiana in mid-May, where more than a foot of rain fell, causing flash flooding.

According to NOAA, there were also three tornado outbreaks, four tropical cyclones and eight severe storm events across the country in 2021. There were 21 named storms in the Atlantic Basin, the third-most active on record. Hurricane Ida was the strongest landfalling hurricane and the most costly event at $75 billion.

There were 1,376 tornadoes reported across the U.S. in 2021, 193 of them in December alone. This was the greatest number of tornadoes for a December on record. This included some notable events like the Dec. 10-11 outbreak across the Mid-South that spawned two EF-4 tornadoes and a powerful derecho on Dec. 15 that produced more than 60 tornadoes across Nebraska and Iowa.

NOAA says that these 20 disasters killed at least 688 people with damages from all 20 disasters totaling approximately $145 billion, more than that of 2020.