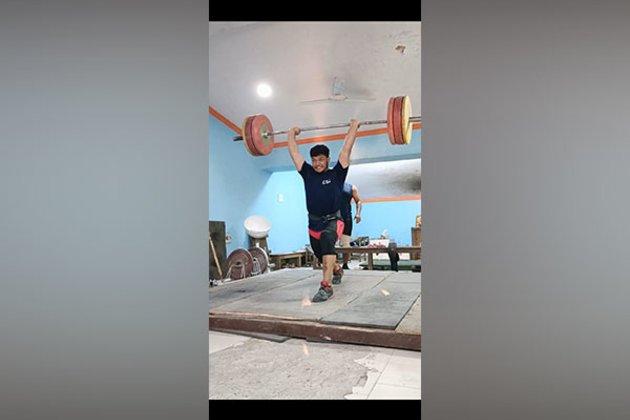 Hyderabad (Telangana) [India], May 29 (ANI): Top contender for a medal in the Khelo India Youth Games, Dhanavath Ganesh, studies at the Telangana Sports School in Hakimpet, Hyderabad. His mother Saidamma is a sweeper there.

That has, however, neither deterred him from nursing the dream of becoming one of India’s top weight-lifters nor winning medals for his institution or his state.

“My dream is to star on the international stage, the Asian Games and Olympics,” Dhanavath said as he prepared for the Khelo Games, starting on June 4 in Haryana.

“I love to see the joy on my mother’s face every time I win a medal. She too shares my dream of winning a medal in the Asian Games and Olympics,” the 18-year-old weightlifter, who will be competing in the 81 kg category at the KIYG, said. I know it is a long road ahead but I’m determined to make my mother proud,” he added.

For Dhanavath, who grew up in a small village (Veeralapalam in Nalgonda district of Telangana State), life was not easy as a child. “I lost my father (Srinu) when I was very young. My mother went through a lot of hardship,” he revealed.

Fortunes changed for Dhanavath when he was selected for the Telangana Sports School in 2012. “As a 9-year-old, it was a little difficult for me. But my mother, who is a sweeper there, gave me the strength and confidence to keep going. I soon got attracted to weightlifting, thanks to Manikayulu Sir, and it is my passion now.”After steady performances over the years, Dhanavath’s big moment came in the 2019 Khelo India Youth Games in Assam, clinching a silver medal in the 73-kg category. “That medal gave me the belief that I could win in big events.”But the next big show was even better. Representing Osmania University, Dhanavath lifted gold in the 81k-g category in the All-India University meet in Chandigarh in March this year. “I was very confident of winning a gold in the event.”Now, as part of the Telangana contingent for the Panckula meet, Dhanavath is all geared up to win a gold. “The performance at Chandigarh has lifted my morale. I am looking forward to the event.”Coach Manikayulu said Ganesh has the talent to win laurels in bigger events. “The next two years are very important for him. He works very hard and has a bright future,” he said. (ANI)