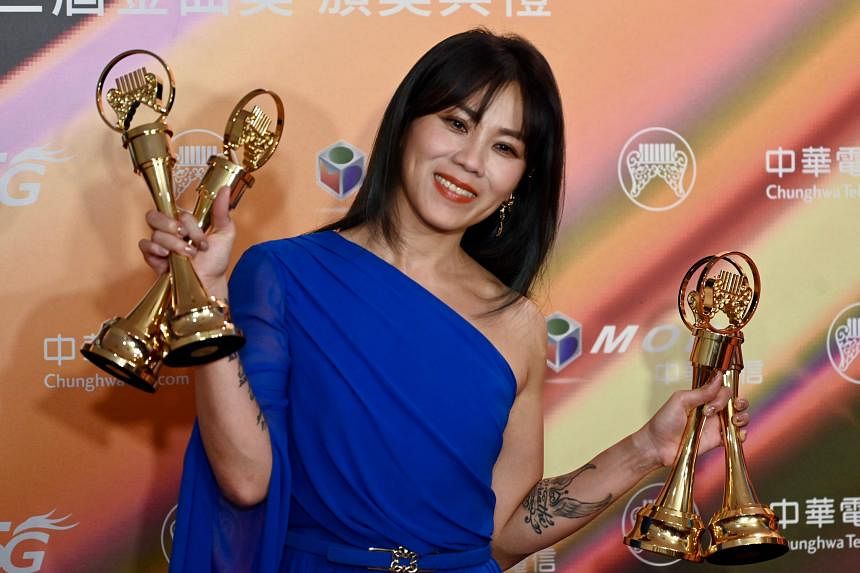 The event is known as the Chinese equivalent of the Grammy Awards.

The singer-songwriter was named Best Female Singer (Mandarin), the fourth time she has clinched the award.

This makes her the singer with the most wins in the category, beating three-timer winner A-mei, from Taiwan.

She won four awards in total on Saturday – her album Depart was named Best Mandarin Album, Album of the Year and Best Vocal Album Recording.

During her acceptance speech as Best Female Singer (Mandarin), Chua, 47, said that when she first entered the industry in the late 1990s, she knew how to sing only English songs.

She said: “When I tried singing Mandarin songs, I had to flip through the dictionary. At one point, I really wanted to give up.”

Referring to her first Golden Melody Award win in 2006 – also in the Best Female Singer (Mandarin) category – she said: “The award saved me. It reached out its hand, told me to keep singing.”

Her Best Vocal Album Recording win on Saturday was unexpected, Chua said, given that the album – her 12th – was recorded with a guitar and a microphone amid the Covid-19 pandemic, when movement was still being restricted.

The work reflects her thoughts on the pandemic and its impact on the way people live. Among its tracks is the song Photographs, a duet with France’s former first lady and singer-model Carla Bruni.

Almost 30 awards were given out at the 2022 ceremony, which took place at the Kaohsiung Arena, and was hosted by veteran television host Daniel Lo.

Late Hakka musician Chiu Chen, who died on March 24 this year at the age of 72, was among the two recipients of the Special Contribution Award.