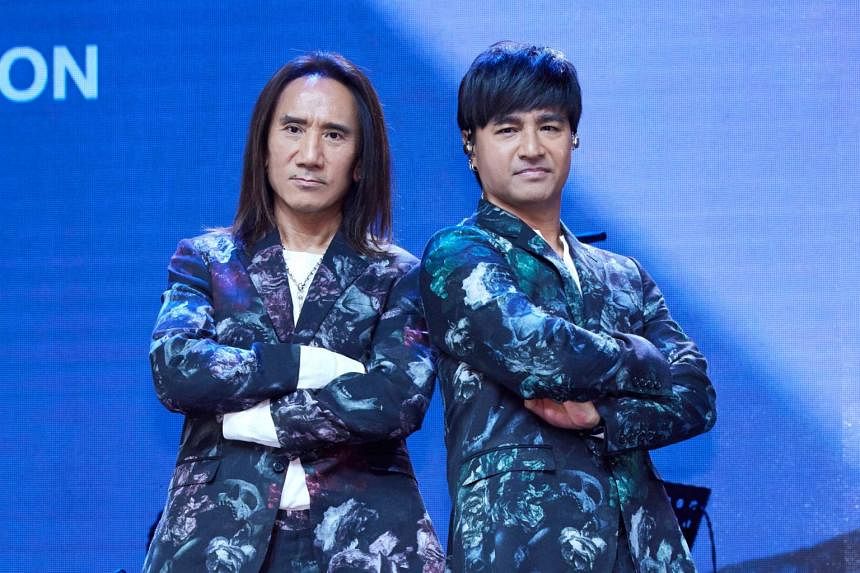 SINGAPORE – Get ready to rock as two Taiwanese bands have announced upcoming gigs at the Singapore Indoor Stadium.

Rock duo Power Station will be holding their first concert at the venue on Aug 20.

The veteran group, comprising Yu Chiu-hsin and Yen Chih-lin, performed at The Star Theatre in 2018. They were also part of the line-up for One Love Asia Festival, which was scheduled to take place in Singapore last year, but the festival was cancelled due to the pandemic.

They hope to draw an audience of more than 7,000 and use their love songs to motivate people to “love again”. Hence their tour is titled Because Of Love.

Power Station are known for their energetic rock ballads and anthems, and their hits include I Can Take Hardships and Walking On Chung Hsiao East Road Nine Times. Ticket sales will commence on May 19 at 10am.

Also making their debut at the Indoor Stadium on June 25 are pop-rock band 831. They were formed just before the members’ final year of high school – on Aug 31, 2003 – and the date is reflected in their name. The five members are vocalist Up Lee, keyboardist and band leader Orange Yang, guitarist Be Liu, bassist Sky Deng and drummer Dan Tsai.

With five original studio albums under their belt – from Save The World (2008) to Upside Down World (2021) – their music influences range from punk and dance to country and reggae. For their upcoming show, they will perform hits such as Miss You 3000, The Great Nobody and The Best Ending. Tickets will go on sale at noon on May 17.