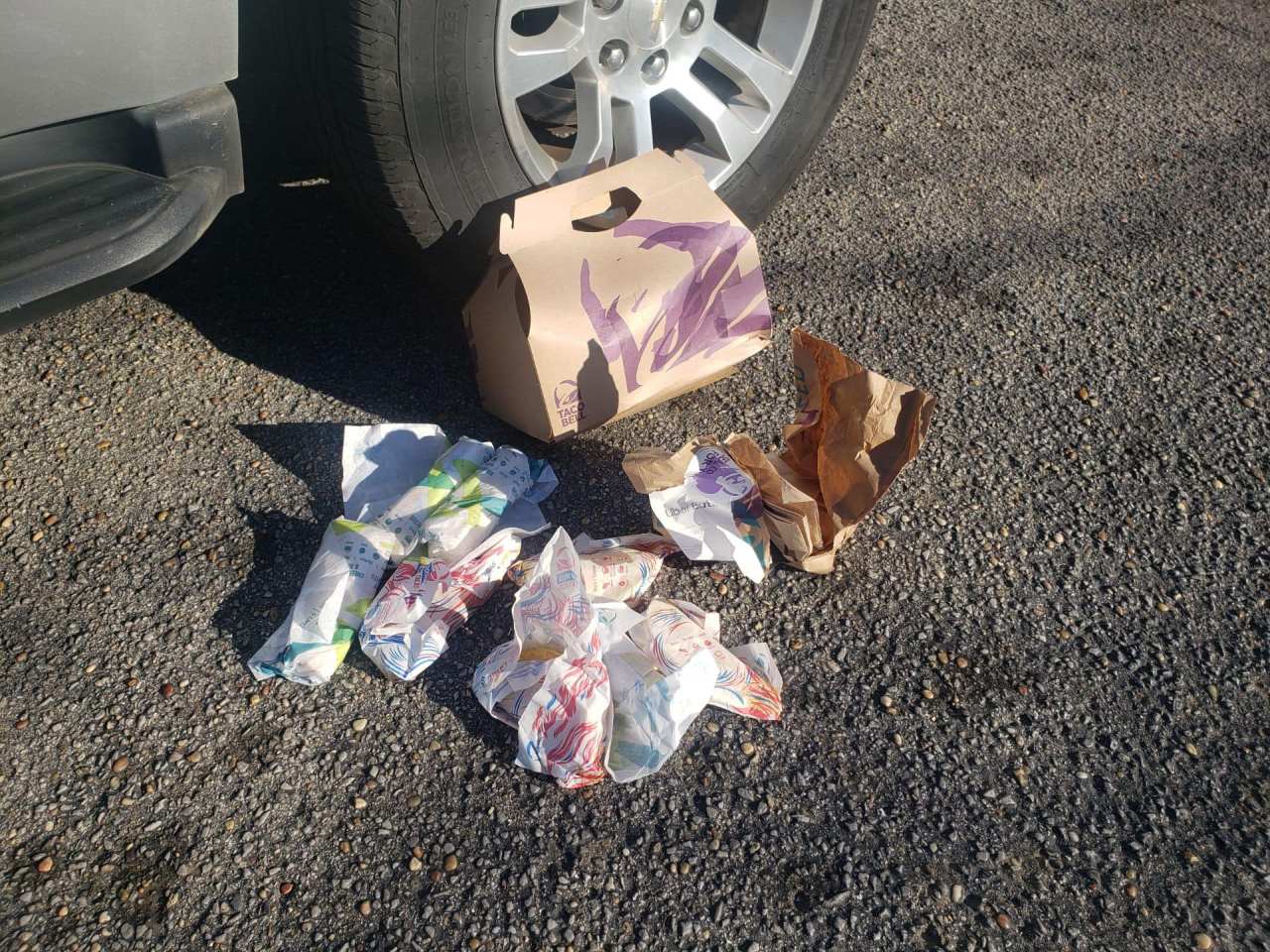 Tuscaloosa police were called to the courthouse just after 8 a.m. on Monday after employees reported two “suspicious packages” on the building’s front steps, according to a social media post by the law enforcement agency.

Police said a perimeter was set up around the courthouse. Streets were temporarily blocked to vehicle and pedestrian traffic.

“The investigation revealed the boxes contained what we have identified as a delivery order containing a Taco and Burrito Cravings Pack from Taco Bell,” TPD’s Facebook post said. “It had been customized to include an assortment of regular and Doritos Locos tacos, along with four beefy five-layer burritos.”

“The tacos and burritos have been safely disposed of in the Dumpster behind TPD headquarters,” police said.