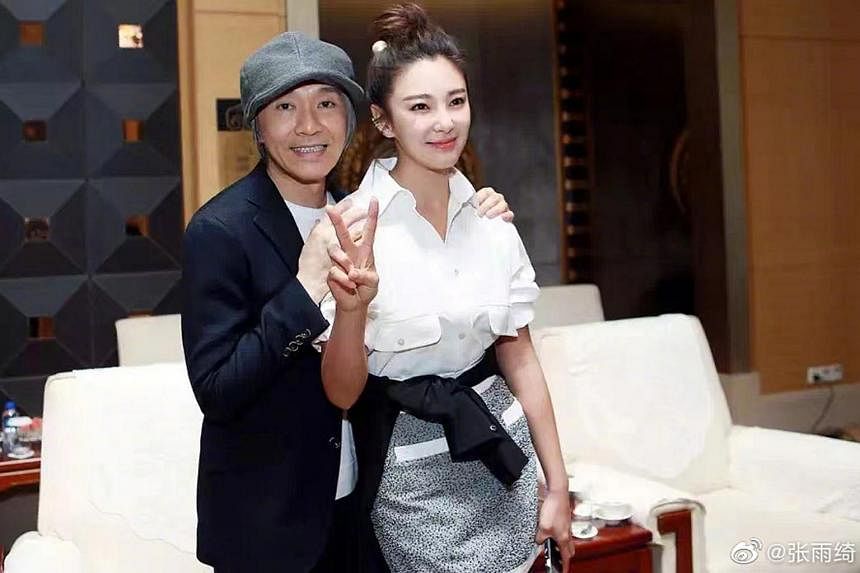 BEIJING – Hong Kong director Stephen Chow turned 60 on Wednesday (June 22), and his birthday was not forgotten by several celebrities even though he does not have a social media account.

Among those who wished him a happy birthday were three actresses who rose to fame after acting in his movies. They are sometimes referred to as the “Sing Girls”, due to Chow’s nickname Sing Yeh.

Chinese actress Jelly Lin, who acted in The Mermaid (2016), wished him a happy birthday on social media for the seventh straight year.

The sequel The Mermaid 2, which wrapped up filming in 2018, is reportedly slated for release in 2023 after repeated delays.

Chinese actress E Jingwen, who acted in The New King Of Comedy (2019), also wished Chow a happy birthday on Weibo.

The one “Sing girl” who did not send Chow any birthday wishes was actress Eva Huang, who played a mute girl in Kung Fu Hustle (2004).

The two fell out in 2005 after the 39-year-old actress unilaterally terminated her contract with his agency and was later sued by the company.