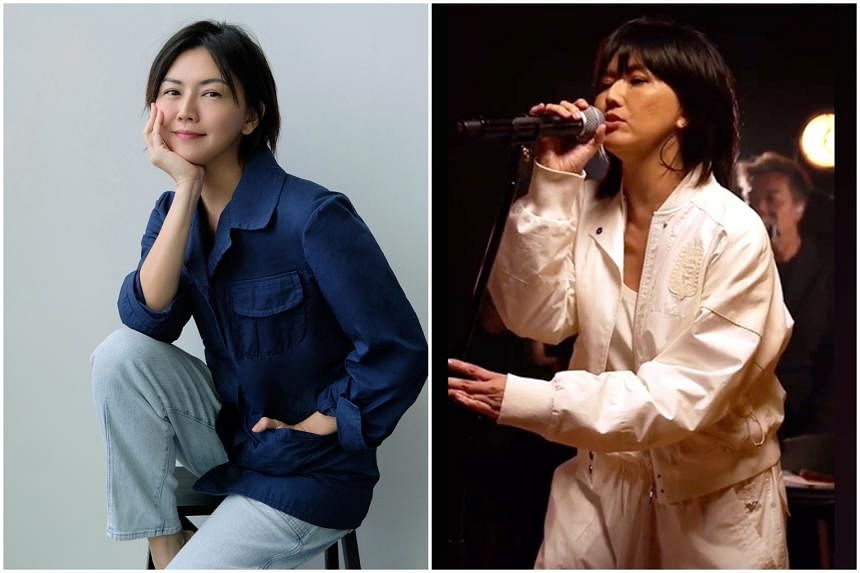 SINGAPORE – Home-grown singer Stefanie Sun’s livestreamed concert on Friday (May 27) night was marred by technical issues when she was performing the final song Windbreaker.

The 43-year-old returned to the show about 10 minutes later and apologised for the interruption before singing the song again.

Sun posted on Weibo later in the night, writing: “I am deeply sorry for the disruption tonight, as the team members were a bit confused due to few livestream opportunities, resulting in problems with the livestream facilities.”

She added that she decided to perform the last song again to complete the show after learning of the incident.

The concert, which started at 8pm on Friday, lasted for about 1 hour 10 minutes and drew more than 240 million viewers online.

During the concert, Sun talked about spending time with her family and exercising during the pandemic. She has a son, nine, and a daughter, who turns four in July, with husband Nadim van der Ros.

During her show, Sun chatted with fans and performed her hit songs such as It Doesn’t Stop Raining, Kite, I Miss Him Too and I Don’t Love.

She also accepted fans’ requests and performed songs such as Believe, Fine, Abandon and Encounter.