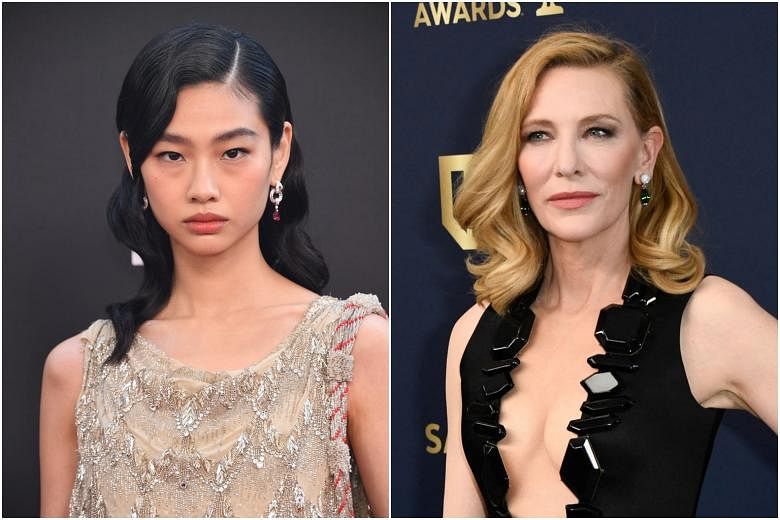 LOS ANGELES – South Korean actress Jung Ho-yeon, who was the breakout star of Netflix hit Squid Game (2021), will star alongside Oscar-winner Cate Blanchett in her next television role.

American entertainment publication Deadline reported on March 17 that the 27-year-old has joined the cast of Disclaimer, an upcoming series on the Apple TV+ streaming service.

Series star Blanchett, famous for a multitude of roles including Elizabeth (1998) and The Aviator (2004), will play Catherine Ravenscroft, an investigative journalist who specialises in exposing corrupt institutions.

Deadline said that Jung will play Kim, an “ambitious, hardworking and eager-to-please” young woman who hopes to gain “her big break” by working for Blanchett’s Ravenscroft.

It is based on a psychological thriller by author Renee Knight, and will be written and directed by celebrated Mexican auteur Alfonso Cuaron, who won an Academy Award for directing the Netflix drama Roma (2018).

Jung had made her acting debut with Squid Game, having previously made a name for herself as a fashion model. Her role as North Korean defector Kang Sae-byeok won her popular and critical acclaim. Last month, she nabbed the Screen Actors Guild (SAG) award for best actress in a drama.

In her acceptance speech, a visibly emotional Jung thanked her fellow performers for inspiring her: “I have sat many a time watching you on the big screen, dreaming of one day becoming an actor.”

Her Squid Game co-star Lee Jung-jae also won the trophy for best actor in the drama. Both wins marked the first time a non-English series, and a Korean series, had won at the SAG awards.