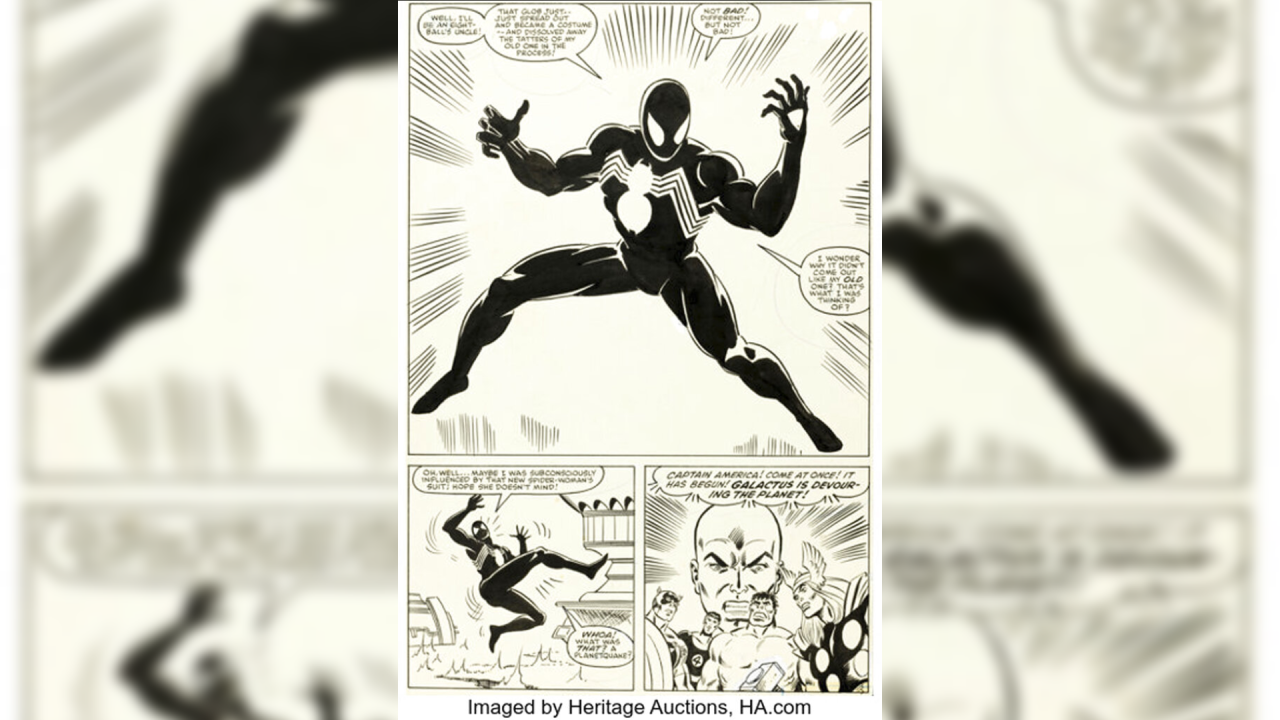 DALLAS (AP) — A single page of artwork from a 1984 Spider-Man comic book sold at auction Thursday for a record $3.36 million.

Mike Zeck’s artwork for page 25 from Marvel Comics’ Secret Wars No. 8 brings the first appearance of Spidey’s black suit. The symbiote suit would eventually lead to the emergence of the character Venom.

The record bidding, which started at $330,000 and soared past $3 million, came on the first day of Heritage Auctions’ four-day comic event in Dallas.

Also Thursday, one of the few surviving copies of Superman’s debut, Action Comics No. 1, sold for $3.18 million, putting it among the priciest books ever auctioned.