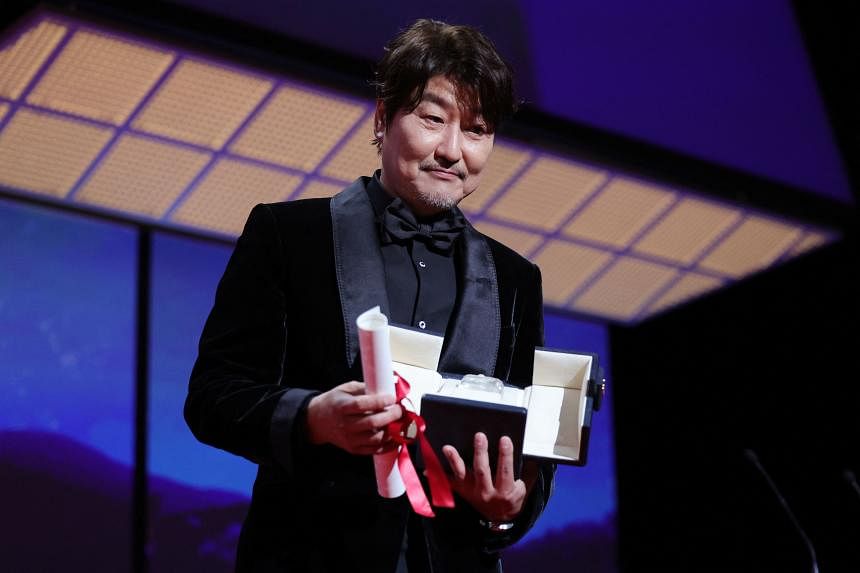 CANNES, FRANCE (AFP) – South Korea’s Song Kang-ho clinched the best actor prize in Cannes on Saturday (May 28) for his role in Broker about a woman dropping off an unwanted child in a “baby box” for adoption.

Song, who also starred in the Oscar- and Cannes-winning Parasite, plays a good-hearted “broker” trying to sell the infant to a loving family. It is Japanese director Hirokazu Kore-eda’s first Korean-language feature.

“I am very happy for my whole family,” he said as he accepted the trophy at the gala ceremony on the French Riviera.

An actor who has become something of a national treasure, Song has starred in several of the divided country’s greatest movies.

Song, 55, has made four films with Parasite director Bong Joon-ho including the 2006 monster flick The Host and Bong’s first English-language film Snowpiercer, both of which were box office and critical smashes.

Starting his career on stage, Song made his first film appearance in 1996 in now-acclaimed director Hong Sang-soo’s debut movie, The Day A Pig Fell Into A Wall.

Since then, he has appeared in more than 30 films and worked with top South Korean filmmakers including Park Chan-wook, Kang Je-gyu and Lee Chang-dong.

Kore-eda won the Palme d’Or in 2018 for his touching family tale “Shoplifters”.

British film magazine Screen called Broker “a sensitive and compassionate look at the market for unwanted children” while US movie website IndieWire said it was a “bittersweet and complex family drama”.