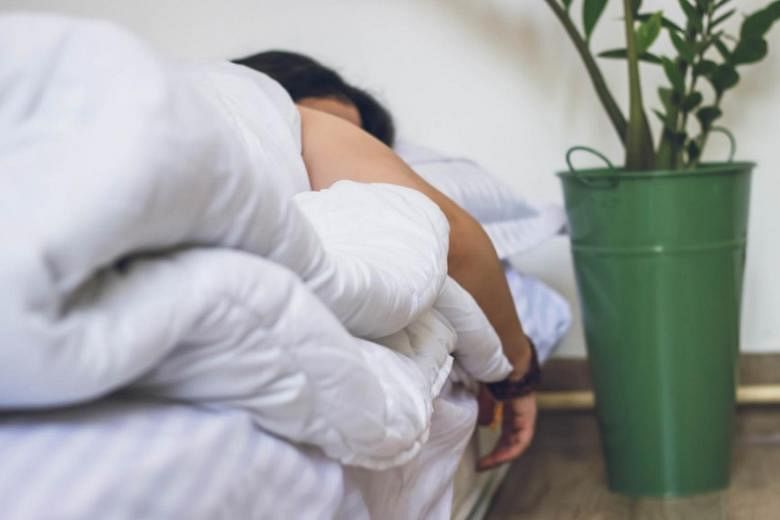 NEW YORK (NYTIMES) – About a year into the pandemic, Ms Marcela Rafea began waking up consistently at 3am, her mind racing.

She would creep out of bed and tiptoe into the living room, where she would meditate, try a few yoga poses and open the window to hear the leaves rustle, the cars rush by and the dogs bark.

Then, at 6am, she crawled back into bed and would sleep again until her youngest child woke her for the day at 7am.

“I needed that night wakefulness to make up for the time I didn’t have for myself,” said Ms Rafea, 50, a photographer and mother of three who lives in Illinois.

Unbeknown to her, she had naturally reverted to a sleep cycle believed to be standard in multiple cultures in the late Middle Ages through the early 19th century.

During that time, many people went to sleep around sundown and woke three to four hours later.

They socialised, read books, had small meals and tried to conceive children for the next hour or two before going back for a second sleep for another three to four hours.

It was only when artificial light was introduced that people began forcing themselves to sleep through the night, said Professor A. Roger Ekirch of Virginia Tech and author of The Great Sleep Transformation.

Now that many people are making their own schedules, working from home and focusing more on self-care, there has been a return for some to the idea of a segmented sleep cycle.

So are people simply reverting to their long-forgotten, natural sleep cycle? And could this be the cure for those deemed middle-of-the-night insomniacs?

Prof Ekirch, who has studied segmented sleep for the past 35 years, said there are more than 2,000 references to it from literary sources: from letters and diaries to court records and newspapers to plays and novels, from Homer to Chaucer to Dickens.

“The phenomenon went by different names in different places: first and second sleep, first nap and dead sleep, evening sleep and morning sleep,” said Professor Benjamin Reiss of Emory University who wrote Wild Nights: How Taming Sleep Created Our Restless World. He said rather than being a choice at the time, this was simply something that people did, as it fit agricultural and artisanal patterns of labour.

The wakeful period was also believed to be a prime time for taking potions and pills and for aiding digestion, Prof Ekirch said.