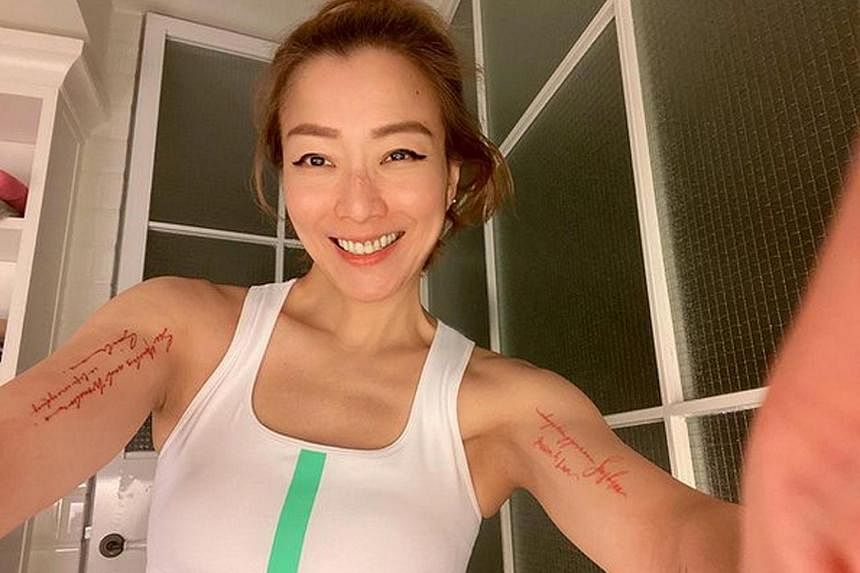 HONG KONG – It seems that pop diva Sammi Cheng cannot resist temptation when it comes in the form of dumplings.

The Hong Kong singer posted a short video of her doing a workout on social media early on Saturday (June 4) – the day after the Dragon Boat Festival, in which dining on glutinous rice dumplings is a part of the festivities.

Cheng, also known by the nickname “Mi”, wrote in a mix of Cantonese and English: “Greedy Mi exercises today so that she can eat unlimited rice dumplings. Expending (energy) after eating, this is the balance of life.”

She added: “There will be an encore tomorrow as I am still craving dumplings after eating them. It is also to prevent indigestion.”

She used hashtags such as #BlameTheDumplingsInTheFridgeForBeingTooTempting in her post.

Cheng, 49, is known for being a fitness buff and has shared many photos and videos of her exercising in the gym.

However, she has admitted in the past that she loves to eat and seldom says no to her favourite foods.

The Cantopop star, who is known for songs such as Beautiful Life and 8km, feels that she does not need to limit her food intake deliberately as long as she exercises every day. Her policy is to exercise more to make up for whatever she has eaten.