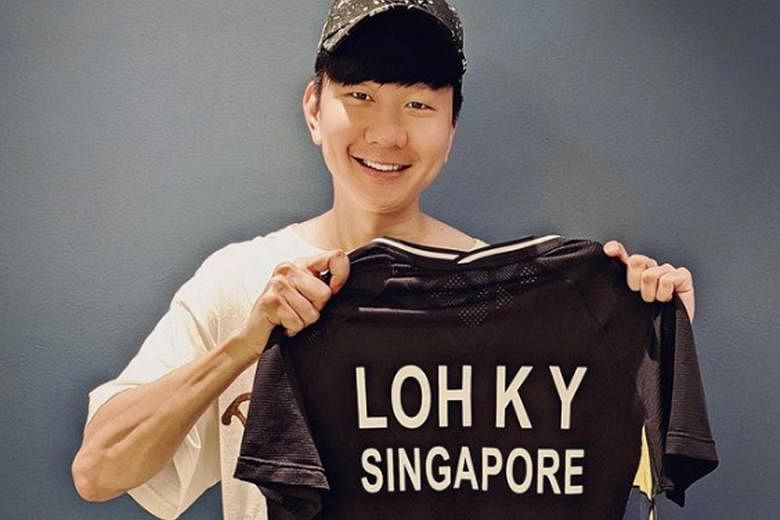 On Wednesday (Feb 9), Lin posted on Instagram a photo of himself with a T-shirt emblazoned with the words “Loh K Y Singapore”.

The caption read: “Thanks for the special gift @lohkeanyew! I wonder if I could play better wearing it?”

Loh, who became the first Singaporean to win the Badminton World Federation World Championships in December, replied: “I’m sure you will.”

Other fans were not certain, with one of them saying: “I don’t know if you will play better, but I know you will become very handsome.”

Another fan quipped: “Will I sing better after listening to your songs?”

Lin, 40, is known for his love of badminton. He disclosed in a post in October that he played badminton with his father every Friday when he was five years old.

The post led to some friendly banter between him and some of his celebrity pals, with even Malaysia’s former world No. 1 badminton player Lee Chong Wei joining in at one point.

Not long after, Lin received a badminton racket from Lee. The singer talked about the gift on social media, writing in English: “One step closer to becoming a pro”, before adding in Chinese: “I feel like I can play better now.”