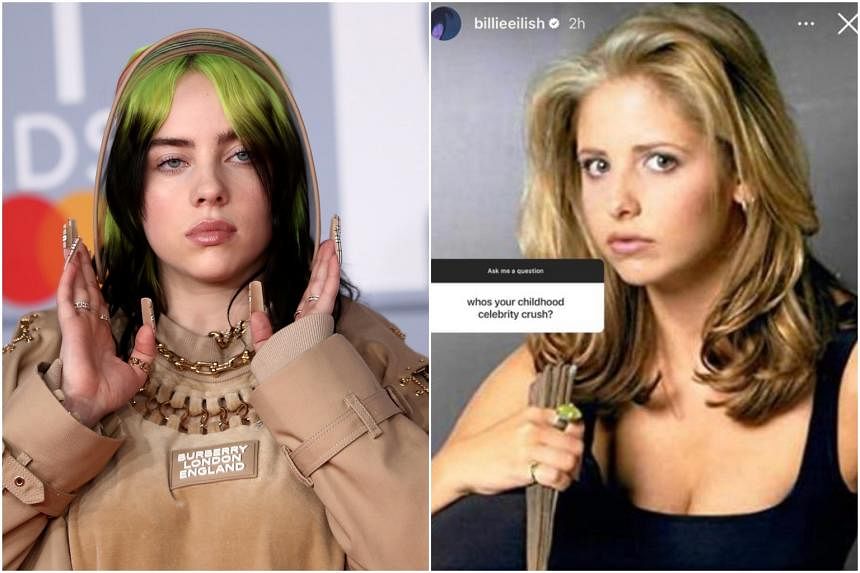 LOS ANGELES – Even celebrities have their fangirl moments.

Singer Billie Eilish was asked on Instagram on Wednesday (April 27) about her childhood celebrity crush.

The 20-year-old, who has seven Grammy awards under her belt, replied with a photo of actress Sarah Michelle Gellar in her iconic role as Buffy from television series Buffy The Vampire Slayer (1997 to 2003).

The hit fantasy drama has since become a cult favourite and the character Buffy, who battles supernatural creatures, is considered a strong female cultural icon.

Gellar, 45, who recently celebrated the 25th anniversary of the show, in turn confessed that she was the one who had a crush on Eilish.

Gellar posted a screenshot of Eilish’s admission on Instagram and wrote: “I’m dead. That’s all. I’m not a child anymore, but I totally have a crush on @billieeilish ok… now that’s really all.”

While some in the comment section pointed out that Eilish was not even born when the show began airing, others said that age did not matter and that Gellar was their childhood crush too.

Buffy co-star Charisma Carpenter, 51, who played Cordelia, commented that she was jealous, writing: “Valid. And a wee bit jellie.”