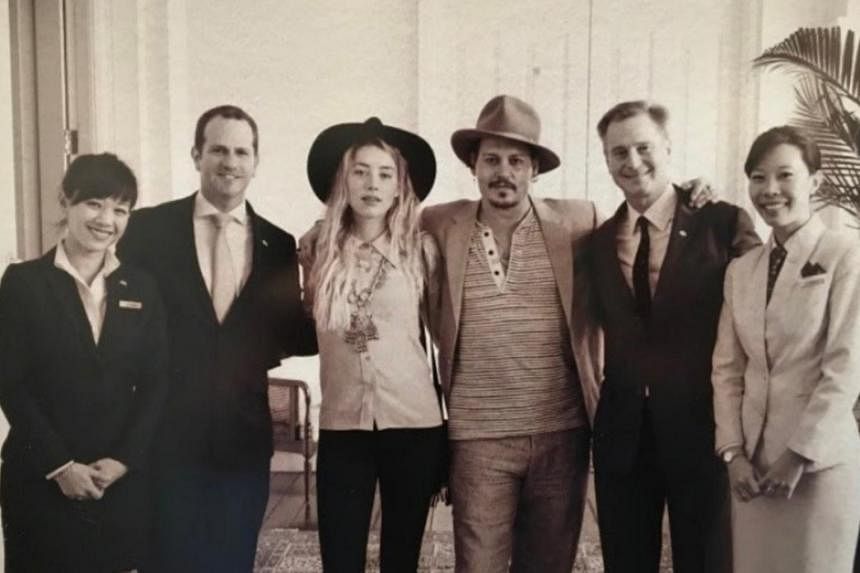 SINGAPORE – While the Johnny Depp and Amber Heard defamation trial has been happening thousands of miles away from Singapore, there was a moment last week involving a photo taken in the Lion City.

The photo, said to be taken at Raffles Hotel in 2015, appears to show discolouration beneath Depp’s eye and was cited by Depp’s lawyers to counter Heard’s claim that an earlier picture showing Depp with bruises on his face had been “photoshopped”.

The Raffles Hotel photo was posted on Instagram by Singaporean celebrity photographer Russel Wong on May 20, with the hashtag #justiceforjohnnydepp.

On Saturday, Wong clarified that the photo was not taken by him as many had assumed and gave more details about being contacted by Depp’s lawyers.

“If you noticed, the lawyers never mentioned who shot it and neither did I throughout the trial,” he said on Instagram on Saturday. “I always referred to it as ‘my post’ and NOT ‘my photo’.”

Depp, 58, has been embroiled in a defamation suit with his former wife Heard, 36, over an op-ed she wrote in The Washington Post in December 2018, in which she described herself as a “public figure representing domestic abuse”.

Heard did not name the Pirates Of The Caribbean (2003 to 2017) star in the op-ed, but he sued her for implying he was a domestic abuser and is seeking US$50 million (S$69 million) in damages.

The Aquaman (2018) actress counter-sued and is seeking US $100 million in damages.

The earlier photo that Heard had commented on shows Depp and her posing with three others on the Orient Express train from Bangkok to Singapore. It was taken during their troubled honeymoon in July 2015, The New York Post reported.

Wong wrote in his post: “When Amber Heard accused Johnny Depp of photoshopping a bruise on the E&O train shot to Singapore.. it triggered me to try and obtain this photo which I remembered hanging at the Raffles Hotel where they had their honeymoon.”

He said he managed to find many blogs which featured the Raffles Hotel photo, as he had remembered seeing a similar bruise as in the train picture.

“I then shared it on my Instagram in the late evening, wrote ‘Happy Honeymoon’ as a tongue in cheek comment,” he added, referring to his post on May 20.

Wong said he was setting the record straight and not expecting anything but was later contacted by Depp’s lawyers and his team.

“Seeing my post on TV and hearing Johnny Depp read the text I wrote is still very surreal to me,” Wong said. “I still have not found out who shot it and hope we find out one day.”