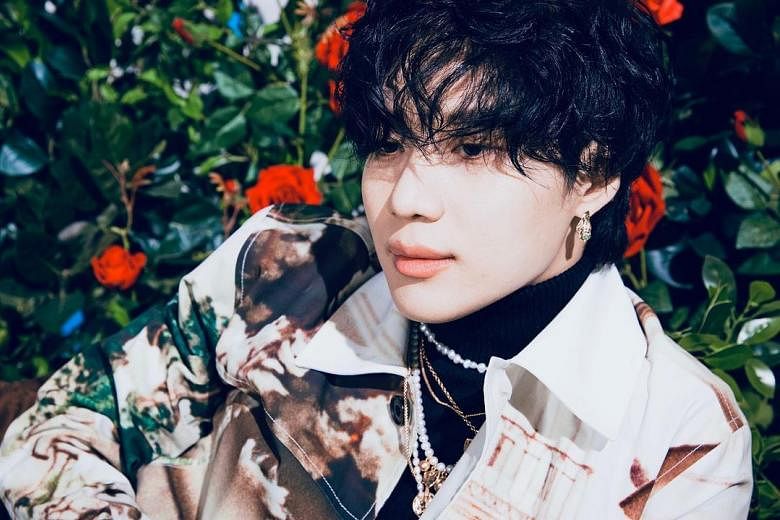 SEOUL – South Korean boy band Shinee’s Taemin, who is currently serving his mandatory military service, has been transferred from the military band to serve as a public service worker due to his worsening depression and anxiety.

A statement from his management agency, SM Entertainment, last Friday (Jan 14) said: “Due to the symptoms of depression and anxiety that Taemin has been suffering from before (his enlistment), he continued to receive treatment and therapy even while carrying out his service.

“However, because his symptoms recently worsened, the military determined that it had become impossible for him to continue his military life and treatment at the same time, and he was accordingly transferred to the supplementary service.”

Taemin, 28, who enlisted on May 31, 2021, is the only member of the quartet who has yet to complete the military service, which lasts up to 21 months.

Originally a five-piece band, Shinee have continued with its four remaining members after the suicide of Jonghyun, who had struggled with depression, in December 2017 at the age of 27.

In October 2021, the Military Manpower Administration shared a video of Taemin, in which he assured his fans he was adjusting well and had put on 10kg.

After the news broke of his transfer and deteriorating mental health, those who had served with him have come forward to state that they had witnessed his struggles, saying that he was taking many pills on a daily basis and often had nightmares.

An anonymous commenter who said he was in the same batch wrote: “Even when he was suffering, he would show us a bright side of himself as someone older than us and would even play with us.

“He was a hyung (older brother) who always worked hard and hung in there at every training.”Another fellow enlistee said: “When we parted, he told us to keep our chins up and encouraged us like a kind big brother. He also said that he was afraid that if he left, people would talk. Since he seems to be in pain, I hope people will not criticise him too much.”