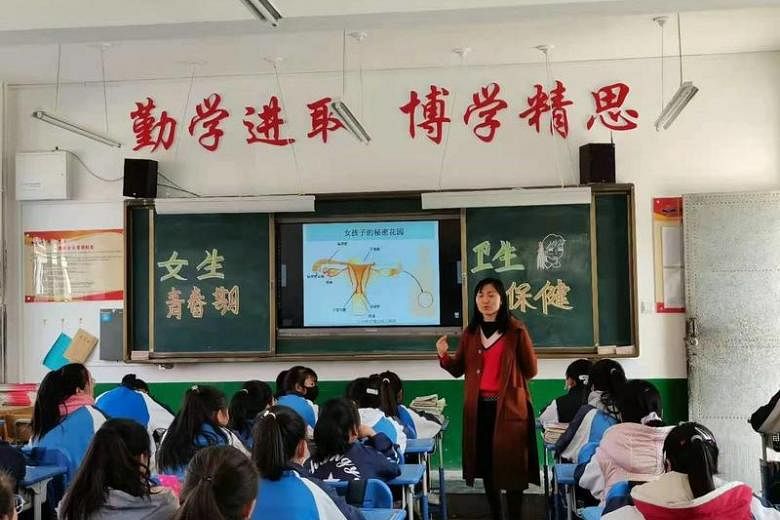 HAIKOU, Hainan (Xinhua) – An 11-year-old girl, who wants to be known only as Li Li, has been distressed recently because she is often the butt of jokes of the boys in her class due to her puberty-related bodily changes.

Facing their ridicule, the tween rushes away from her classmates after school in search of solitude. “I feel like I have done something wrong and it makes me feel embarrassed,” she said.

Discussions around sex are still considered taboo by many in China, where feudal values have shaped attitudes for thousands of years. Chinese parents are sometimes embarrassed to educate their children about sexuality, which leaves many children vulnerable to sexual abuse.

To improve sex education among young people, a school in south China’s Hainan Province is promoting a unique awareness programme, with teachers imparting knowledge about the private parts of the human body.

The mental health teaching team of Haikou Binhai No. 9 Primary School, located in the provincial capital Haikou, has designed a series of lessons on sex education.

Ms Liu Baojian, a mental health instructor at the school, is in charge of educating children about basic bodily knowledge. Her class, titled I Am Responsible For My Own Body, uses interesting activities to foster a better understanding among the pupils of their bodies.

The teacher uses “traffic lights” to help children understand and define the boundaries of physical contact with others. For example, body parts off-limits are deemed “dangerous zones” and marked in red. Students make “body traffic lights” by themselves, Ms Liu said.

Psychology expert Lin Chi deems it a highly useful class. By creating their own “traffic lights”, children understand their bodies better and exercise “self-sovereignty” over their own bodies.

The earlier children receive sex education, the better it is for their physical and mental health, said mental health professional Li Huijun. “For many children, their biggest confusion often arises with the development of their bodies during puberty.”

The expert added that sex education concerns children’s physical and mental health, including the development of personality and self-identity, and is thus the most basic and necessary part of life education.

Ms Wu Shaolan, vice-president of the primary school, is behind this important initiative. After years of teaching, she found that children are often intrigued and perplexed about sex. For instance, some children may be subjected to sexual harassment, but are unsure what to do.

“Developing a systematic curriculum suitable for pupils was our initial goal,” she said.

The programme has been chosen as a key education project in Hainan and is being actively promoted, with the authorities piloting it in more than 20 schools in the province.