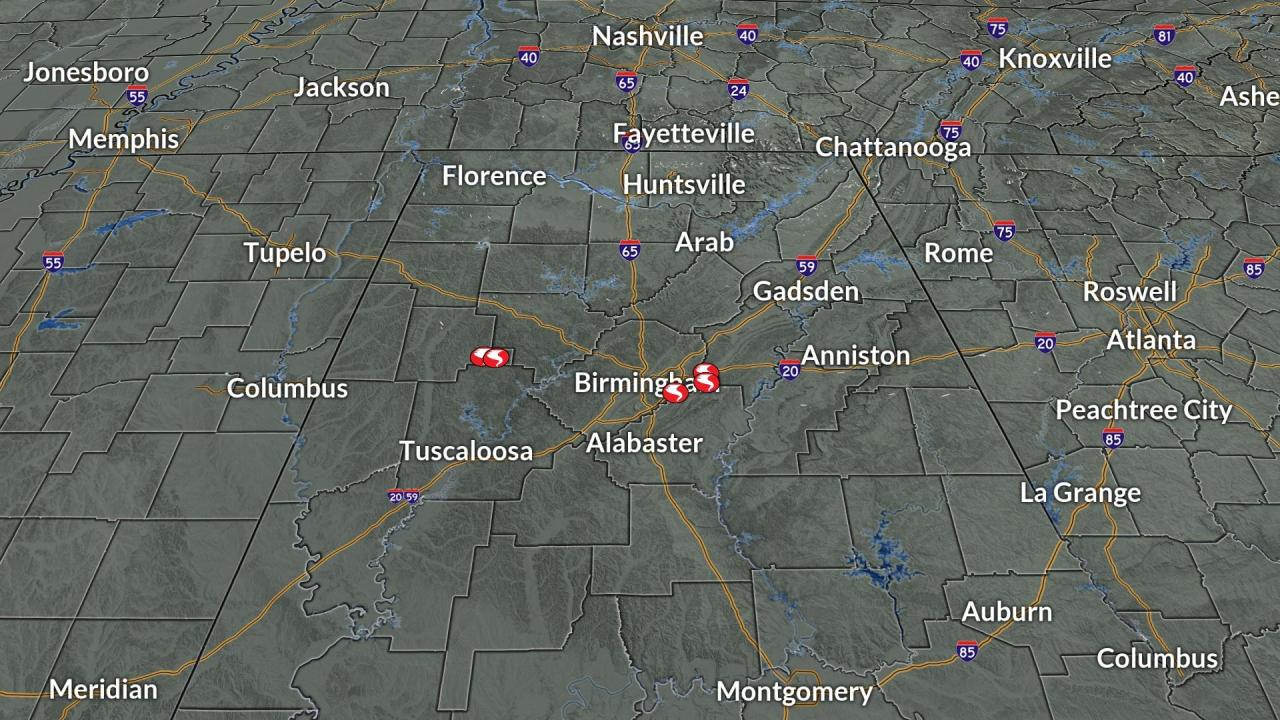 The National Weather Service in Birmingham has confirmed multiple tornadoes from Thursday night’s storms. An EF-0 tornado with winds of 75 mph was confirmed in the Sandtown community in Alabama. This is near Berry, Alabama. Multiple trees were uprooted and there was minor damage to a mobile home.

An additional storm survey is ongoing in Lamar County.