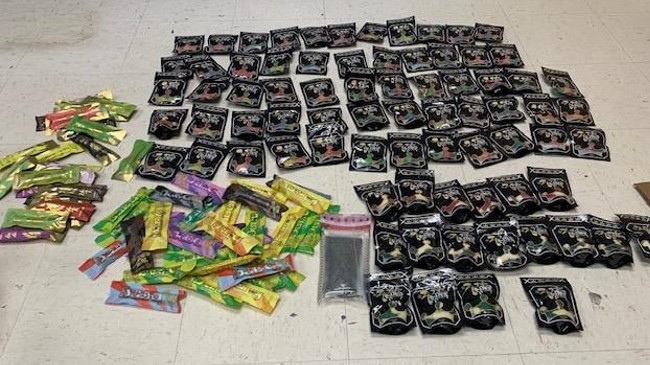 FRANKLIN COUNTY, Ala. (WHNT) — Investigators and Patrol Deputies with the Franklin County Sheriff’s Office uncovered several forms of THC and “Khat” being sold at a local gas station.

Authorities carried out a search warrant on March 16 at the Chevron located at 23791 Highway 24 West, just outside of Russellville.

Several complaints had been made about THC products being sold at the store, which were being purchased by adults and minors. Reports had been made that minors had been buying the products and selling them in school.

During the search, officials reportedly learned THC products including vapes and edibles had been used, sold and even given away at the store.

Franklin County authorities say those items are not the same as “Delta 8” or “Delta 10” products, which are legal in Alabama. They say the items seized from the store were sent from California, where THC products like this are legal.

Complaints were made to law enforcement with concerns of these products being sold to minors, which prompted the investigation.

According to authorities, a plant material identified as “Khat” was also seized, which contains Cathinone. Khat is still considered a controlled substance in the state of Alabama.

Alghzali remains in the custody of the Franklin County Sheriff’s Office without bond.