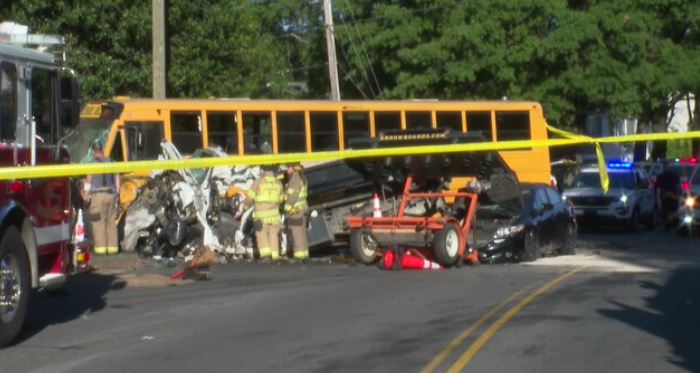 CHARLOTTE, N.C. (WJZY) – A school bus carrying about 40 students was involved in a head-on crash in North Carolina on Wednesday morning, according to Charlotte-Mecklenburg Schools.

Fifteen students were taken to the hospital with injuries.

CMS officials said the school bus, which was headed to South Mecklenburg High School, crashed with a dump truck in south Charlotte.

The bus driver was also confirmed to have suffered injuries, officials said. None of the students’ injuries were life-threatening.

Images from the scene showed severe damage to the front of the bus.

Emergency officials reported that 17 people in total were hurt. One person had life-threatening injuries and another suffered serious injuries.

Charlotte Fire officials said it took an hour to free the driver of the tow truck from the vehicle. The bus driver was freed in 30 minutes.