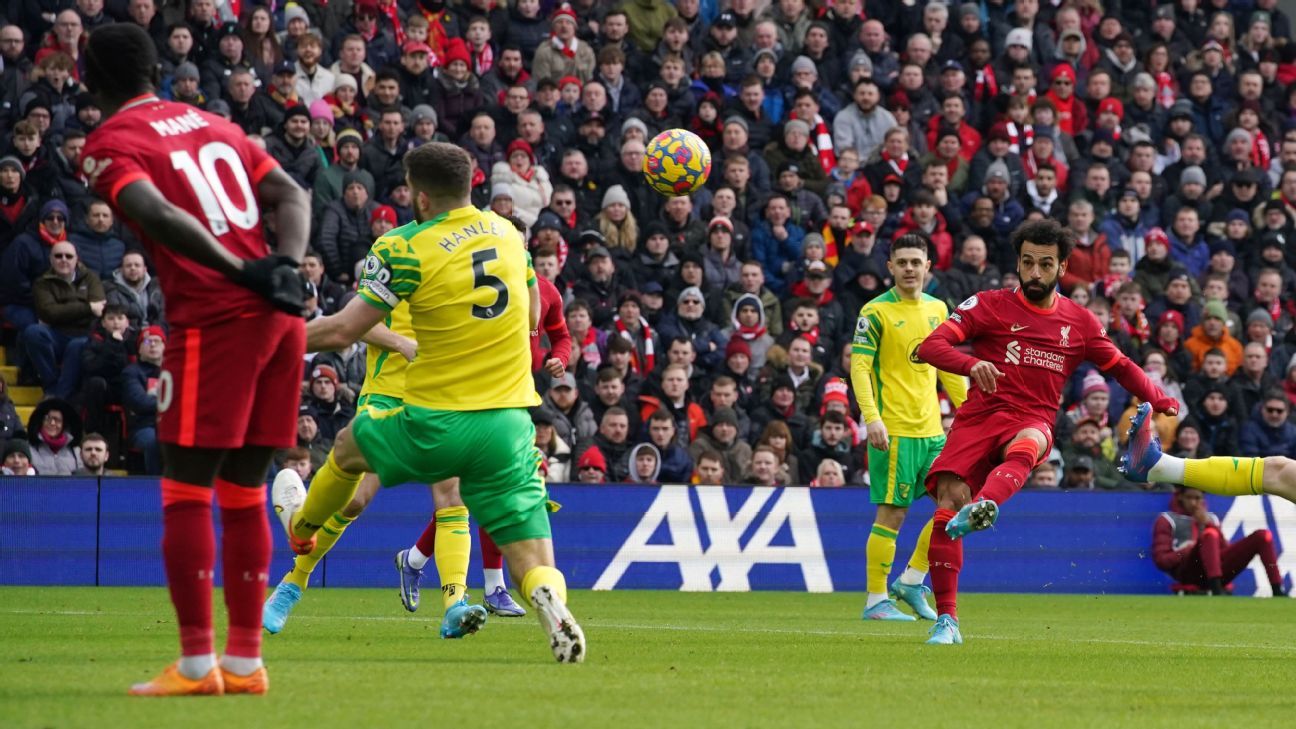 Sensational weekend of football, wasn’t it?

There’s the same 6-point gap atop LaLiga, after Real Madrid beat Alaves while Sevilla were held at Espanyol. Real Betis, Barcelona, Atletico Madrid and Villarreal all won to keep up with the leaders. Oh, and Athletic Bilbao smashed Real Sociedad in a cracking Basque derby.

Meanwhile, none of Italy’s top 6 won, as AC Milan, Napoli, Juventus and Lazio drew w0hile Inter Milan and Atalanta lost. In fact only one team (Fiorentina) in the top 10 won this weekend. Bayern Munich trailed at halftime but turned it around in the second, beating Furth. Borussia Dortmund obliterated Borussia Monchengladbach 6-0 to keep the gap at six. PSG’s lead atop Ligue 1 remains 13 despite their loss to Nantes after Marseilles lost to Clermont Foot.

By The Numbers has the best stats from the weekend’s action across Europe’s top 5 leagues.

Manchester United’s opener at Leeds came with a Harry Maguire header off a Luke Shaw corner. This was their first goal from a corner kick this season – prior to the game, they had taken 138 corners without scoring, easily the worst in the division.

Tottenham Hotspur are only the fourth side ever to complete a league double over Pep Guardiola’s Manchester City, after Chelsea (2016-17), Manchester United (2019-20) and Wolverhampton Wanderers (2019-20).

Manchester United have scored 10 PL goals via substitutes this season, four more than any other side. Five of those substitute goals have come under Ralf Rangnick, including two on Sunday, from Anthony Elanga and Fred.

Mohammad Salah and Sadio Mane both scored in the same PL match for the 30th time on Saturday. This is the most of any pair of players for a side in PL era.

Harry Kane’s winner for Spurs (94:25), was the latest winning goal scored against Manchester City in the PL since Michael Owen for Manchester United in September 2009 (95:27).

Salah is the 10th player to score 150 goals in all competitions for Liverpool. Only Roger Hunt reached the milestone in fewer apps (226 vs Salah’s 233).

Arsenal netted their 600th (and 601st) Premier League goals at the Emirates thanks to academy graduates Emile Smith Rowe and Bukayo Saka. This was their 297th game at their new stadium. Only Manchester United at Old Trafford (283) and Manchester City at the Etihad (290) have reached the milestone at a single stadium in fewer games in the PL era.

What a way to introduce yourself to a new league! Pierre-Emerick Aubameyang is the first player in the 21st century to score a hat-trick in four of Europe’s top 5 leagues – Ligue 1, the Bundesliga, the Premier League and LaLiga.

The three were his first goals for the club. In their history, 8 Barcelona players have scored their first LaLiga goals for the club in a hat trick, including Thierry Henry (2007) and Romario (1993), with the latest being Giovani dos Santos in 2008. .

4-0 is Athletic’s biggest margin of victory vs Real Sociedad in LaLiga since 1959 (also 4-0). Talk about emphatic derby victories.

…is now at 70 Bundesliga matches…

…mostly thanks to Robert Lewandowski, who is now on 28 league goals this season. The next closest scorer in Europe’s top five leagues is Patrik Schick, with 20.

Cristiano Ronaldo’s team won, but he couldn’t get a goal or an assist. Lionel Messi’s team lost, and he got one assist.