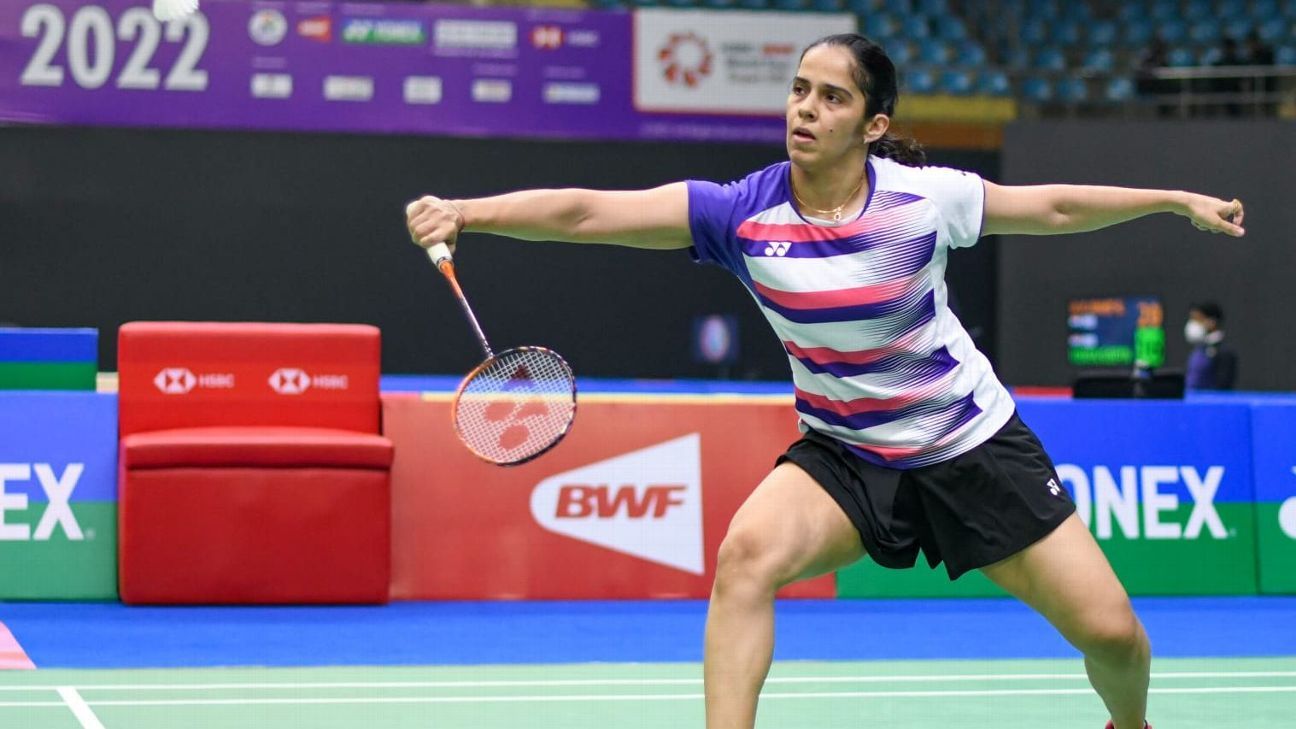 Four years ago, Saina Nehwal stood squinting in the afternoon sun in Gold Coast, wearing a relieved smile and a gold medal, explaining why it meant so much to her. It had come after a draining final against the then new darling of Indian badminton, PV Sindhu. A tussle between youth and experience and a fifth Commonwealth Games medal for the senior player. Months later, she’d take home her second Asian Games medal. This year, for the first time since 2006, Saina is unlikely to feature in either of the Games.

For players ranked outside the top-15, trials are scheduled this week to pick teams for the Commonwealth and Asian Games. Saina has written to the Badminton Association of India conveying her decision to not be a part of it. It is understood that BAI is yet to respond to her letter.

“Trials at this point make no sense, really,” Saina tells ESPN, “The Asian Games is still five months away. Two weeks after the Europe swing and a week and a half before the Asian Championships, I didn’t want to put my body through another set of matches. I can’t take that chance. It’s okay if other players are considered good enough and more deserving than I am. I have no problem.”

While Sindhu, Lakshya Sen, Kidambi Srikanth and Satwiksairaj Rankireddy-Chirag Shetty have confirmed their berths in the national team for the Games by virtue of their rankings, selection trials to pick the rest of the players will be held from April 15-20 in New Delhi. At no. 23 in the world, Saina is India’s second-highest ranked female singles player after Sindhu. However, her standing has somewhat suffered with her run of largely underwhelming results and a loss to emerging 20 year-old Malvika Bansod at the India Open earlier this year.

In her previous six tournaments, the 2012 Olympic medalist has had four second-round and two first-round exits. Her body and its obstinate string of niggles has been her primary foe. There were glimpses, of course, of her class, her tenacity – like against Akane Yamaguchi at this year’s All England Open. The Indian took the second-round match to three games and ten minutes shy of an hour, running the world No 2 close before losing.

“I skipped the Korea tournaments so I could prepare for the Asian Championships later this month. In the middle of a busy stretch of tournaments, sudden trials do seem like a way of creating unnecessary pressure. I’ve had good results at the Games in the past but it’s not that I’m emotional about it. I just want to give all I have at whichever tournament I play next and do well for my country. That’s my simple target,” Saina says.

Over the past few months there have been a burst of new Indian names across events, making their mark. Mithun Manjunath and Kiran George in men’s singles, Treesa Jolly and Gayatri Gopichand – who went from the reserves to the All England semifinals in women’s doubles, MR Arjun-Dhruv Kapila in men’s doubles and a clutch of young names – Malvika, Ashmita Chaliha, Aakarshi Kashyap and Anupama Upadhyaya – in women’s singles. While there’s certain promise, the ascendant group of Indian women’s singles players are yet to seriously challenge the bigger names or christen one among them as the next best bet.

“With the rankings yet to be unfrozen and many of these young players not having had enough chances against top-quality opponents, trials seemed like the practical way to judge everyone’s levels. Of course it may not be the best method since it just comes to performance over a handful of days, but it was the only fair option available,” said a senior BAI official.

Last year, Saina decided to skip the World Championships – a first since her 2006 Madrid debut as a 16 year-old. She’s been an eight-time quarterfinalist and two-time medalist at the Worlds. Now it’s the turn of two quadrennial Games in which she’s been a constant medal fixture to drop off her calendar. She’s a defending champion in one of them. Her consistency at these events over the years is hard to overlook but at 32, she’s reckoning with an unforgiving fate. Though she’s not talking of the finish line just yet. “Hopefully”, she says, “the next Olympics will be fair game.”