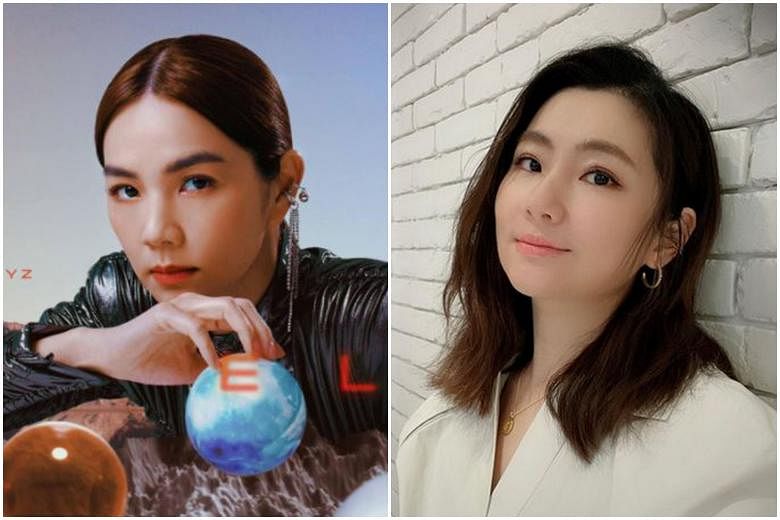 The 40-year-old appeared at a promotional event on Sunday (Mar 13) for a new talent competition which will see her as a celebrity mentor. When asked if she has met Jen’s new beau, she says: “Of course I have. Of course I met him before any of (the media) did.”

Jen, 40, divorced her lawyer ex-husband Richard Chang in 2016 after five years of marriage. She is currently dating a man only known to the public as Syu. Jen reportedly met the 33-year-old non-celebrity on a blind date. The couple have been seeing each other for six months. Photographs of them holding hands on the streets of Shanghai leaked earlier this month (March), prompting Jen to confirm their romance on social media.

She wrote on Facebook: “Flowers bloom in spring’s warmth and my spring is here too.”

Chen, who is married with a son, says of her pal’s new romance: “I don’t think his age or who he is is an issue. I just think it’s great that she’s in love again. She’s very happy.”

But she declined to answer, on her friend’s behalf, questions about marriage and joked in mock agitation: “I don’t know. Don’t ask me such questions. Direct them to her when you see her again.”

S.H.E – comprising Jen, Chen and singer Hebe Tien – is one of Mandopop’s most successful girl groups. The members are famously tight-knit, often hanging out together and supporting one another at concerts and over social media.

Although they have not officially broken up, the trio have not performed together in several years. Jen and Chen have been focusing on their acting gigs and variety series while Tien has been working on her solo music career.

Speaking of a possible reunion, Chen told reporters: “We’re all individuals and we all have decisions we made for our own lives. The group was a part of our memories and experience but is this something that can go on forever? I’m sorry but nothing really lasts forever.”

She adds: “The three of us don’t really think having a reunion is a particularly important thing. What’s important is that we cherish one another.”