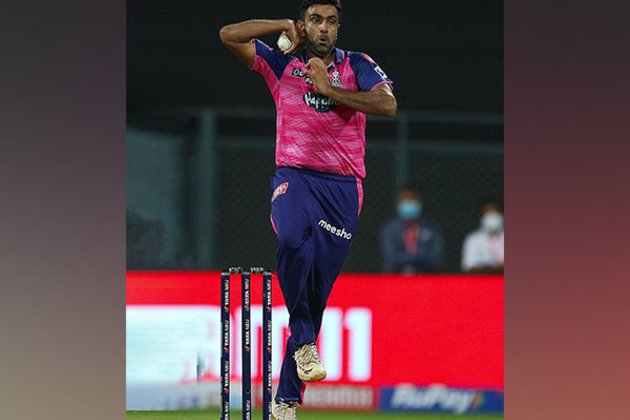 Mumbai (Maharashtra) [India], April 13 (ANI): Rajasthan Royals all-rounder Ravichandran Ashwin admitted on his Youtube channel that retiring out was a tactical move and added that teams are ‘already late’ in utilising the retire out rule.

Ravichandran Ashwin last Sunday became the first player to retire out in the Indian Premier League match against Lucknow Super Giants in Wankhede.

“It might work sometimes and it might not work sometimes. These things happen constantly in football, and we haven’t cracked T20 cricket fully yet. This is a millennial sport. This is the next generation’s sport. In fact, if you see in football, Messi or Cristiano Ronaldo score goals frequently. But their team’s goalkeeper should also save goals and their defenders should defend well. Only then, a Messi or Ronaldo will be in the limelight,” said Ravichandran Ashwin on his YouTube channel.

The successful tactic used by the Rajasthan Royals in the IPL on Sunday has won praise and could become a regular fixture in 20-over cricket prior to the ICC Men’s T20 World Cup later this year.

“T20, as a sport, is heading towards where football has reached. Just like how they’re using substitutions, I did something similar [retiring out]. Already we’re late, but I believe this will happen a lot in the coming days. I don’t think it will be a stigma like running someone out at the non-striker’s end,” Ashwin added.

The tactic saw Riyan Parag come to the crease with 10 balls remaining to replace Ashwin and he helped the Royals post a winning score of 165/6 from their 20 overs. The law states that retired batters can only resume their innings later in the innings due to injury or illness with consent from the opposing captain.

Law 25.4.3 states, in part: “If a batter retires for any reason other than (injury or illness) … the innings of that batter may be resumed only with the consent of the opposing captain. If for any reason his/her innings is not resumed, that batter is to be recorded as ‘Retired – out’.””It was just a tactical move,” he said. “In fact, Riyan Parag has been batting very well and when the [K] Gowtham over [16th over] ended, I gave myself some time – five to six balls – to see whether I can hit a six or two fours. There were a few balls in the slot, I tried to hit, and mistimed a bit,” he said.

“I threw the kitchen sink at everything, but I couldn’t get the timing going. Someone like Riyan Parag was in the shed and there were only ten balls remaining. If he comes and hits even two sixes, we could get a good score. It was a tactical decision,” said Rajasthan Royals’ all-rounder. (ANI)