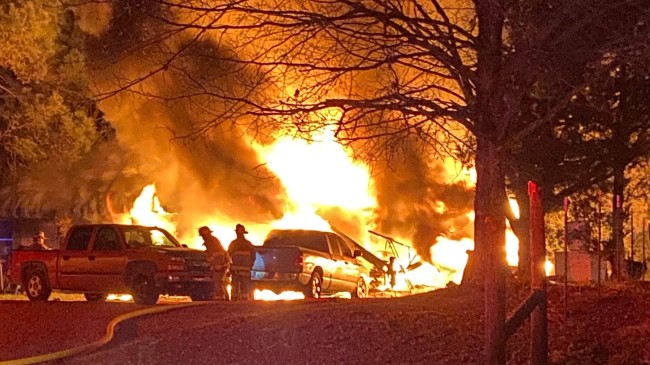 ROGERSVILLE, Ala. (WHNT) — One firefighter in Rogersville was injured while fighting a house fire late Thursday evening, according to the volunteer department’s Facebook page.

Crews were called out to a structure fire around 7:43 p.m. Numerous rescue and fire engines answered the call and arrived to find the house engulfed in flames.

There were no injuries to those that own the property, though one firefighter was injured when they came into contact with an electrical line while battling the blaze.

News 19 has reached out to the Rogersville VFD for comment regarding the cause of the fire.